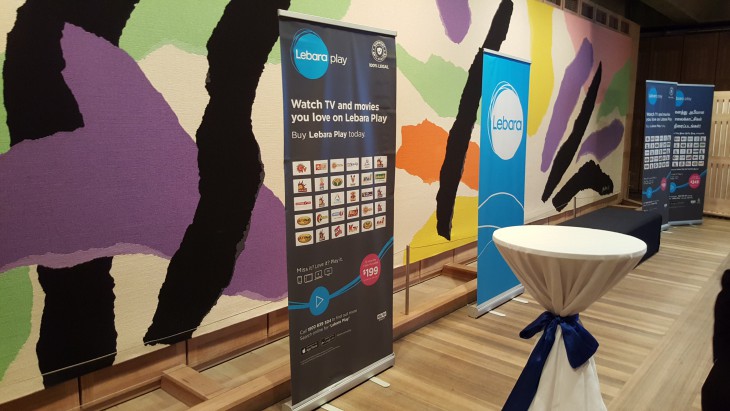 Lebara hosted an event at Sydney’s iconic Opera House last week to launch their Lebara Play video streaming service in Australia. The company’s global CEO Ratheesan Yoganathan was also in attendance and delivered a frank and honest presentation on where Lebara is, and where it’s going.

Lebara Play is a subscription video on demand (SVOD) service that brings together a wide variety of in-language content that speaks directly to Lebara’s target market – migrants. The service has some 5,000 films available and streams live television from some 250 channels in Africa and India, with some European markets coming online in the next few months.

The Lebara Play service costs $19.90 a month, and you can get a yearly subscription bundled with a well-specced set-top box for $249/year. There are Android and iOS apps available, and the service should appear on Smart TVs in the future.

Lebara has gone to great lengths to obtain the rights to all of their content, even going door-to-door in Africa where obtaining film distribution rights are often a tangled web requiring an in-person appearance. Much of the content on the service is in HD quality, although there’s also some SD content where high definition sources weren’t available and Lebara is encouraging the producers its working with move to HD if they haven’t already done so. While the service sounds like a Netflix competitor, it’s actually much more. Most local SVOD services are limited in the in-language content they provide, and migrants arriving in Australia (and other markets) are likely to want to find content from home that they’re familiar and comfortable with. With content provided in 13 languages supported at launch they’re setting a strong foundation for the future and the company promises to add films are added weekly so that customers have something to look forward to each weekend, and the company also appears to be willing to negotiate for a number of sports events from these markets.

Play marks an important move into enterainment for Lebara, as the company looks to diversify and move beyond its premier Lebara Mobile brand in Australia and around the world. Lebara wants to be the brand of choice for 1 billion migrants by 2020. Moving from an MVNO arrangement into VOIP and the forthcoming launch of their money remittance service (due for 2016), it seems they’re well on the way. Give Indians a bottomless pit of serials and movies, and you’ll get plenty of customers. But it cant be like Netflix. You have to have alot more content.