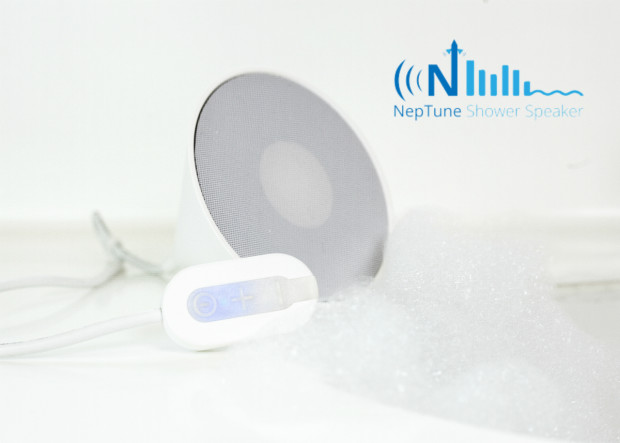 Following what can only be described as a roaring success with their network monitoring device “Fishbone” the team at Trendlift have launched another crowd funding campaign for an IPX-5 rated Bluetooth speaker called Neptune (as in King Neptune, God of the sea).

Working slightly outside the norm with speakers, Neptune has a cone design with cable that you can “loop, clip and play”. Just loop the cable around your fixing point, clip the control side of the cable to itself and play your music. Its got easy to use controls and puts out 3 watts (not massively powerful but certainly enough for personal listening) which should be enough to please most users.

Neptune won’t break the bank either running at US$29 for the earliest buyers and US$35 for early bird. If you’re yet to grab yourself a Bluetooth speaker and are thinking about what to buy, this one may be worth a good look.

Do you keep your eyes on Indiegogo and Kickstarter, or do you subscribe to the “I will stop buying things on Kickstarter” mantra?”