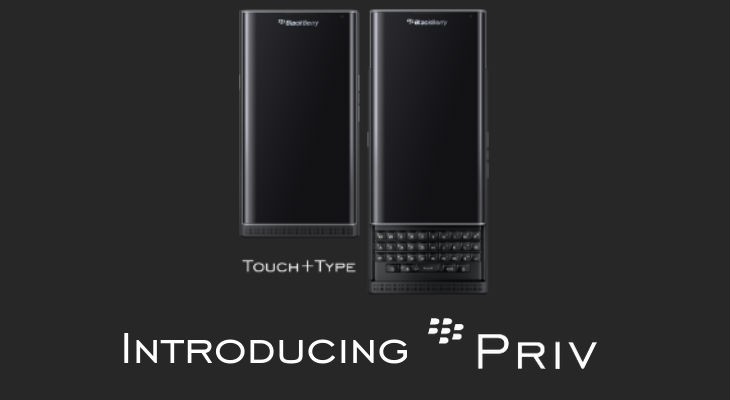 Blackberry is venturing into Android phones later this year with the Blackberry Priv. The phone has been leaked left, right and centre but signs that the official announcement is almost here are appearing with a signup page appearing on the Blackberry website.

The site allows you to sign up with your email address to be notified when more information is available on the Blackberry Priv. The site lists the candybar slider as using SmartSlide technology. The Priv will run Google apps, although it’s expected to run a full range of Blackberry apps like BBM as well as more privacy focued software called DTEK by BlackBerry which they say is a ‘warning system app to provide you with the power of privacy’.

So far the only rumoured availability is for all four major US carriers, with no signs that the Priv will make it to Australia. There is a Blackberry channel here in Australia so it’s still likely that we may see the handset. We’ve reached out to Blackberry’s Australian office so if there is a release here, we’ll let you know asap.

*very* interested in this… personally and for the business.

A reasonable price and some indication they will provide OS updates reasonably quickly and I am prepared to give them a go, I must admit I do like the look of it

MY BODY IS READY