Home Mobiles Android OS and Updates For the second year in a row, LG is first OEM to... 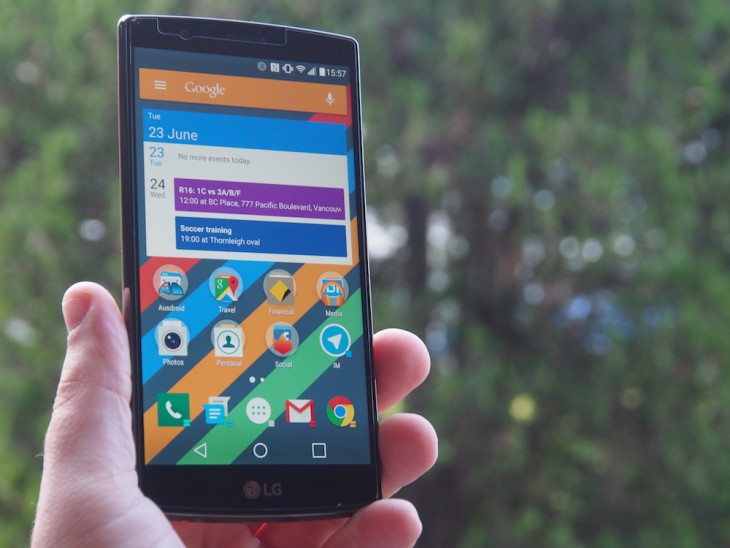 After the announcement and deployment of Lollipop to AOSP last year, LG won bragging rights as the first OEM to deploy a build of Android 5.0 to their flagship handset, the LG G3 to customers in Poland. LG has just won bragging rights for the second year in a row, announcing their rollout of Android 6.0 (Marshmallow) will begin rolling out to the LG G4 next week, again starting with customers in Poland.

The rollout will begin to other markets including further countries in Europe, and then to Asia and the Americas afterwards, we’re pretty sure Australia will be in there at some stage as well. Last year, it took LG just over 2 months after they announced the rollout in Poland to get the Lollipop update to Australian handsets, we’re hoping LG can do even better than that this time around.

If you’d like to read the run down on the update and LG’s thoughts, you can check out the press release below.

SEOUL, Oct. 15, 2015 ― Owners of LG Electronics’ (LG) G4 smartphone will be the first in the world to receive the Android 6.0 Marshmallow OS. LG G4 owners in Poland will begin receiving their M upgrade beginning next week with other markets in Europe, Asia and the Americas to follow.

The latest update to the Android operating system offers a number of features designed to enhance the user experience, such as:
Permissions have been simplified with greater control of the information applications can access, not only at the installation stage but any time
Silent feature for sound and vibrate mode as well as a Do Not Disturb mode to block all sounds or only alarms and notifications
Doze Mode which shuts down background processing of certain apps when the phone is not in use, to significantly prolong battery life

“By working closely with Google, LG has been able to bring Android 6.0 to the G4 ahead of any of our competitors,” said Chris Yie, vice president and head of marketing communications for LG Mobile Communications Company. “While speed alone isn’t an indicator of great service, it does go a long way toward giving consumers the confidence that LG is committed to its existing customers first.”

Details of the Android M upgrade schedule and affected models will be announced in individual markets.

As far as I remember it didn’t work out too well for them last year, pretty buggy. That said, 5.0 was buggy for all manufacturers first up.

no wonder as they are very close with google with nexus line….i can see the advantage for LG.

Recently got a G4. Hoping this update is minimal LG crapola.

LG have been amazing with their tablets as well – granted my G Pad 8.3 is a Google Play Edition version, but it gets the latest Android update usually as soon as or quicker than my Nexus 6! Don’t think many other manufacturers work with Google to get their GPE phones/tablets updated that quickly.

It’s impressive. However, how good will LG be at providing subsequent updates, and updates to the G3? The G3 received 5.0 very quickly, but didn’t receive 5.1 (or even 5.0.2). The G2 didn’t receive 5.0 for many months, so I wonder if the G3 faces a similar fate.