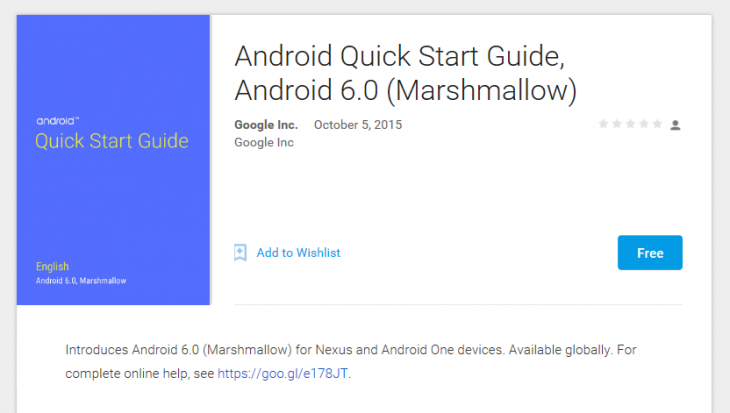 This is the third manual for their OS they’ve released, previously adding a KitKat and Lollipop guide after announcing the newest version of the OS. The guide is a ‘Quick Start’ and in the description, Google points users to the ‘Nexus Help Center’ for further information and to android.com/support in the text itself.

It’s not an incredibly long read, clocking in at a mere 50 pages, but covers a lot of ground starting with a brief overview on Marshmallow. The book touches on new Android 6.0 features such as Now On Tap, Nexus Imprint and tantalisingly Tap & Pay using Android Pay, but also covers the basics of Android and how to use it.

If you’ve been wanting to read up more on Android 6.0 Marshmallow, head over to Google Play Books to secure your copy now.