Home Smart Home and Wearables Around the Home Experiencing casting issues on Android TV or Chromecast? There is a... If you are experiencing issues with your Chromecast or Android TV devices of late, you’re not alone. According to a thread on the Google Support forums owner of Google Cast devices including, but not limited to the Chromecast, as well as Android TV consoles like Nexus Player and Shield TV and embedded Smart TVs – but there is an answer.

The solution is simple though, it appears that your Google Cast Receiver requires an update. For most users on Android TV etc, you simply need to go to the Play Store, scroll down to ‘Updates’ and update the app and all will be right in your digital world once again. 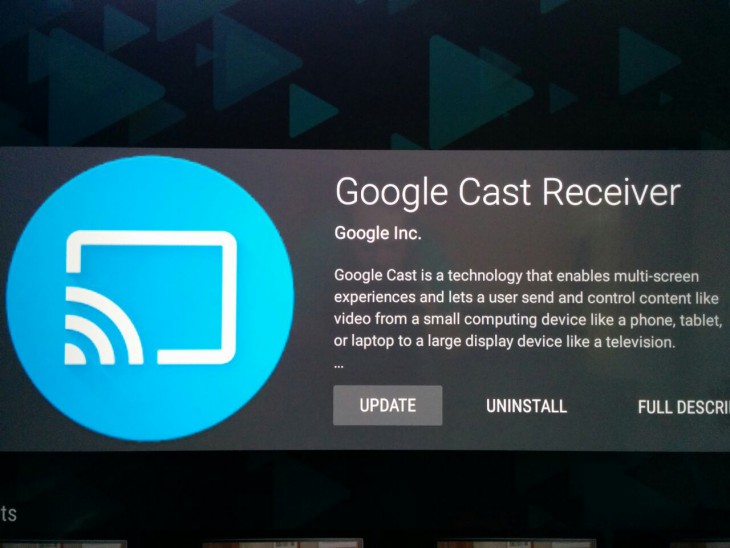 The support thread has pointed the finger at a number of possible causes for the issues, most of which have been debunked so at this stage the true cause is not clear but the fix is simple. So if you’re experiencing issues with casting at your place, take a second and run the updates; you won’t be sorry.

Are you one of the users who got struck by casting issues?

For those of you who are linked to YT but not able to connect, my four hours of troubleshooting may be the answer to your issue. I opened a browser in INTERNET on my device and prompted youtube.com/pair. Then open YT on your television and go to settings. Select, Link another device. Select link with code, When you open the YT app on your phone you should be all set (providing all the settings are correct for wifi, etc.) All the forums I’d read told me to link with code in the app and this will NOT work. You have… Read more »

I have been using my chromecast for over a year and in the last few weeks I am now unable to cast movies from websites (one piece) regardless of which site I am watching it on. Still able to do YouTube and Netflix. Updates have made no difference, also RE-installed, factory reset and countless reboots. Any ideas?

My Nexus Player stopped working. Rant he update on Sunday and away it went again.

I have google’s DNS servers blocked at the router level in my place for Getflix. I don’t believe that should have any affect on Chromecast updates. If you know otherwise, I’d appreciate your reply.

Do you know how to do the update if you have a Chromecast not Android TV? Do you just update the app on your Android phone/tablet? Also, do you know if this addresses the REALLY annoying issue of Google Play Music continuously stopping when playing back via Chromecast?

Cast Receiver should update with a firmware update, unfortunately I don’t know any way to force it.

It should check on power on or a reboot from the chromecast menu.
My one has a blue theme now when I reboot it. Firmware version: 1.16.44433
Don’t use mine for music, but iView is crap on my chromecast, nextflix and play movies are fine.

iView is pretty bad everywhere. SBS On Demand has been nothing but fantastic so far. They’re really good at keeping up with technology.

Chromecast updates on power cycle AFAIK. that check is part of the boot up process.