Australian broadcaster Seven has announced a new, positive change to the way they will be delivering content, announcing that they will soon begin streaming their broadcast stations – Seven, 7TWO and 7mate – through their Plus7 app.

The announcement came as part of their more broad programming schedule announcements for the 2016 calendar year that will see a number of home-grown shows airing – a new series with Rebecca Gibney and a mini-series based on the life of Molly Meldrum will also be making an appearance.

In another landmark digital development, Seven and Yahoo7 will soon also commence live-streaming of three broadcast television channels – Seven, 7TWO and 7mate – across all delivery platforms, 24/7. The launch of this new initiative builds on Seven’s market-leading AVOD service, PLUS7 from Yahoo7. PLUS7 will now deliver Live and Catch-up, complementing the company’s expanding presence in SVOD with its Presto partnership with Foxtel.

The move to transmitting simultaneously over the web as well as over the air is a first in Australia, and a bold move for Seven in an industry where the digital second screen experience has been playing second fiddle – after all, it’s called the “second” screen. It’s likely this technology will play heavily into Seven’s coverage of the 2016 Olympic Games in Rio de Janeiro.

A number of complications exist around broadcasting live channels over the Internet. Anecdotally we’ve heard that the streaming model changes ad unit sales, and streaming rights to the content that’s broadcast on the TV may belong to other organisations. Finally, there’s also the fact that different signals are broadcast to different cities/states/territories within the country – the best example of this is each capital city’s own news team. If Seven has solved these issues they’re well placed to deliver a great live streaming service.

The exact date at which Seven will commence live streaming is yet to be announced, but we’ll be keeping an eye on it. 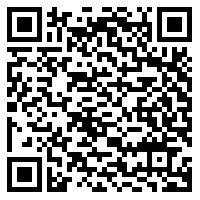 I’ve been waiting for this for forever. My antenna is half buggered and I’m not paying to fix it. I’d rather be able to just stream it if I’m ever going to watch it. All channels. They should’ve done this with NBN – close all urban tv transmitters to free up bandwidth and give all stations free multicast over NBN instead as part of their license.

Would only use this for AFL

If the AFL is included, then this sounds good. Otherwise – meh!

It’s a shame the content on free to air is horrendous. Excluding SBS or ABC.

I still don’t know why they don’t support the Chromecast on these network apps. Why can’t I catch up on my telly if I want to!

None of the TV station Apps support Chromecast.
Is it a formal agreement amongst the stations, or are they just lame?

Apart from the ABC Iview app

It’s about time really. I wonder if there’ll be restrictions i.e. on live sport etc. Since Telstra have the rights on streaming live AFL football for example, I doubt 7 will be able to stream it on their app.

Sweet! Free NFL on 7mate on my mobile on Monday morning at my work desk 😛

Agreed. Especially because I have Foxtel by Optus that doesn’t have 7mate.

Yeah! What is with that? I have Foxtel from Foxtel and I don’t get 7Mate or Gem on it. Does this mean I require an upgrade to HD to receive these?

No. I have HD and still don’t have these channels. It’s some agreement they have or lack of.