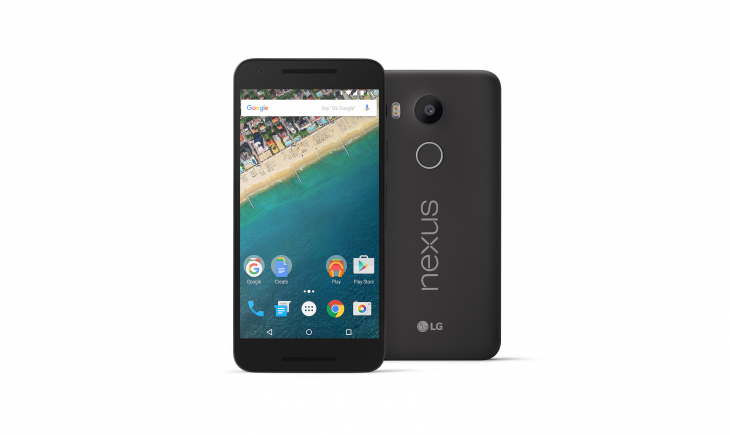 The Nexus 5X page has just switched to make the phone available to order at $659 with free shipping. Click hete to buy the Nexus 5X from the Google Store.

Like the Nexus 6P, the phone is listed as leaving the warehouse “by” November 2. That’s important because in some cases in years gone by Nexus devices have shipped much sooner than the provided date – only time will tell if this is the case for the Nexus 5X. Update – we’re hearing that customers purchasing Nexus 5X phones are being advised delivery will be from November 6-10.

Unlike the Nexus 5X’s big brother (the Nexus 6P) though, all colours and storage capacities are available for purchase.

Are you buying a Nexus 5X? Tell us in the comments!

Ordered a white 32GB. Still not sure if I’ve done the right thing. I’ll find out when it arrives in Nov.

Sigh. I’ve been hanging on to my near-dead and cracked screen Nexus 5 for so long waiting for this drop but this price is way to rich for my blood. I can get a G4 or Moto X Pure/Style for like a $100 cheaper than this. But I didn’t because I didn’t want to spend that much on a phone.

I ended up going with a Galaxy S6 when they had the ebay sale, got it for $569. Hard to justify the 5X unless that price drops pretty soon.

No availability on the white 6P. The 64gb says “coming soon” and 128gb says its “not available in your country”

Oh goody another $700 and above mobile handset like all of the Xperia Z5, time to print some money now as we all know most peeps here just print money whenever a handset gets release it is now all nearly a thousand dollars each, start printing your money now it has not fallen from the sky for a while now.

My N5 is still running so well that I can’t justify one of these. Even at “old” nexus prices I would struggle. Other than battery life and camera (both of which I can deal with/manage), my Nexus 5 is the first phone I’ve owned that I haven’t been desperate to upgrade after ~2 years of use. Looks like i’ll be waiting another year!

I’ve been desperate to get rid of my nexus 5 for past 12 months. I swear the nexus 5 only has a AA battery powering it

Sounds like your battery has reached its use-by date. Replace it!

5X now available in all colours and storage options!

As much as I wanted to keep going with Nexus devices, I ended up getting a LG G4 for $450 delivered. Can’t justify the $280 price difference between that and a 5X 32GB.

Where are you paying $450 that isn’t greymarket?

But I know what you mean. The G4 is pretty commonly around $550.

But I want a Nexus. It should be $200 cheaper. I almost thought screw it buy a Moto Play, which is great value for money. Or going budget and trying a Zenfone.

But I know if I didn’t buy the Nexus, I’d be wishing I did.

Exactly. We are almost as Google fanboy as an Apple fanboy.

I’m never going to pay more than ~$500 for any phone and with the way phone prices are going, I’d rather a flag-ship grey-import than a mid-spec Aus stock.

All good. I completely get why you chose it. It’s great for the price.

How is the battery life on the G4?

Alas with those prices the days of buying a nexus because I can is over. I hope things improve I have so many issues with Lollipop and now marshmallow I am thinking of moving to Windows phone next time. I have to reboot every 2nd day (was daily) on 6.0 and every time I launch a web link android system crashes. For me Android is going downhill reliability wise and I am not impressed.

Have you tried doing a clean install? Sounds like something is off, both mine and my wife’s N5s are running great. Was thinking of getting a new Nexus but i dont think i need too

I am going to on the N6(always OS issues on that one) but I have a game or two on there I don’t want to lose my position and thus can’t factory reset it. The N5 I did and it has been better but mind you it is now the work phone and I rarely use it however it does get 6 days on standby.

I know what you mean. I think our Aussie dollar is most to blame for the price hike. I still can’t bring myself to click buy on the 32gb 5X. The N5 hit the sweet spot in terms of pricing, but mine is a dog these days. The battery barely gets through half a day

The dollar is the biggest factor for sure however I did a factory reset on my N5 made it my work phone and now that it is on 6.0 it lasts for 6 days on standby and 2 days light use. I do love the new power saving feature on 6.0 it is the first sign that within 12 months google might iron out the problems and get back on track.

DONE! Carbon 32GB. Due to arrive on 6 November.

Tried to order the 128GB 6P but just was added to a waitlist 🙁 So the wait begins again.

I’ve got a white 32gb in my cart right now. Seems all version of 5X are available to me