Home Mobiles Carriers Optus offering a 4G lifeline to those forgotten by the NBN …... 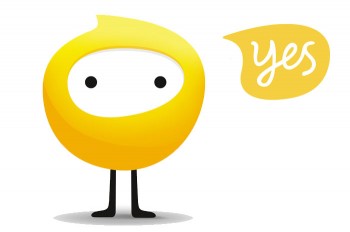 If you’re in an area that isn’t likely to receive the NBN any time soon, and you suffer from crap ADSL instead, Optus might have a nice little stop-gap for you to bring you up to speed, so to speak. Optus has launched a new data-only plan targeting home internet users. Including 50GB of data for just $70 by use of a bundled mobile WiFi hotspot, this new plan is bound to see some home users question their ongoing suffering with ADSL. Called simply Home Wireless Broadband, simplicity is the name of the game. There’s literally no installation required beyond plugging the supplied hotspot into a powerpoint, and with potential access to some very fast 4G/LTE speeds, it could well be faster than your ADSL, or even Cable broadband in some areas.

The Home Wireless Broadband plan is available for $70 per month, with the hotspot device included free on 24 month contracts, $10 per month on 12 month contracts, and $240 if you’d like to go contract-free. If you reach your data limit of 50GB, you can receive a further 10GB automatically for a further $10. After this, instead of paying further excess data fees, your download speed will simply be shaped to 256kbps for the rest of the billing period.

The supplied hotspot device — a Huawei E5186 — is paired with the supplied SIM card; you can’t just take the SIM out and put it in something else to use that data. Nonetheless, for those who crave faster data at home and can’t get it, this might be a solution.

Not sure why anyone is surprised be it Vividwireless WiMAX/ Optus LTE etc.

I’m tempted, very tempted… currently struggling along with postpaid Virgin mobile broadband which is getting more and more pathetic, worse than dialup at times, costing me $40pm. Not interested in wrestling with ADSL as I live in an old house in an old area with old copper (it should do for FTTN, by about 2020).

Just out of curiosity does this plan make Netflix Un-Metered?

Definitely a step in the right direction. 50GB isn’t enough for me to jump – then again I typically get 8-12Mbps ADSL2 anyway so I shouldn’t complain too much either!

Needs to be more than 50gb. If your planning to stream media this is going to last 1-2 weeks maximum. If it had a 200gb plan I’d change over instantly.

I was in a crap ADSL zone and couldn’t even get 3Mbps moat of the time. Have now moved to cable, but I can see this would be a tempting option, though 50GB doesn’t go far these days.

Does look good and may be the future of internet access in this country. Makes me question all the money being spent on the take forever NBN.