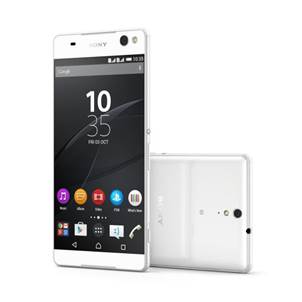 Sony has announced its Xperia C5 Ultra will be available in Australia from today from The Good Guys and Sony kiosks/stores starting at $549. Sony labels the handset a PROselfie, super mid-range smartphone, noting that it has advanced camera capabilities, sleek design and power above and beyond the standard mid-range handset. The Xperia C5 Ultra is an update to the Xperia C4, released earlier this year in Australia.

In particular, the camera features dual 13MP cameras, one on the front and one on the back, each powered by Sony’s Exmor RS sensor with HDR for pictures and video, and an easy-to-use Superior Auto mode which adjust settings to give the best results for every scene and lighting condition. On top of all this, the front-facing camera features an ultra-wide 22mm lens and front-facing flash.

Besides the cameras, the Xperia C5 Ultra features a 6″ Full HD display, and battery life which Sony claims will last two days, including almost 8 hours of video playback. The processor inside is a Mediatek MT6752, an octa-core processor clocked at 1.7 GHz, coupled with 2GB of RAM and 16GB on-board storage, expandable to 200GB with microSD.

The Xperia C5 Ultra will be available in black from The Good Guys, and in black, white and mint from Sony outlets, all colours at $549 RRP.