Home Mobiles Apps, Games & Google Services Get your Pip-Boy ready for your journey through the wastelands of Fallout... Mainstream gaming company Bethesda Software have released a new app onto the Play Store today called “Fallout Pip-Boy”. This is Bethesda’s 3rd app both for Android and within the Fallout franchise, with the mobile-focused game Fallout Shelter and a Fallout chat app rounding out their wasteland collection.

Fallout Pip-Boy is a companion app for the hotly anticipated PC/ console game Fallout 4, which is set for international release – yes including in Australia – on November 10th, that’s next Tuesday for those of you not anxiously waiting for the latest in the Fallout franchise. Fallout is a massive open world RPG set in the atomic wastelands of a post-apocalyptic semi-dystopian future where it seems that tech designers simply took a holiday after the 1950s, leaving all tech with a very retro look and feel. A central component of the gameplay is the main character’s wrist mounted computer, the “Pip-Boy”, using the Pip-Boy constitutes the main interface with the game – beyond walking around and shooting at/ talking to stuff.

The companion app genre is becoming more prevalent within the main stream PC and console games giving gamers both a second screen experience to complement their main monitor/s as well as a way to “stay in touch” with the virtual game world whilst out and about, forgot how much 9mm ammo you have while you out getting coffee? Well, now you can check! The Pip-Boy app allows you to check on all major character and inventory status as well as listen to and quest audio or simply tune into your favourite wasteland radio station. The app also includes “mini-games”, they are limited to a missile defence clone in the trial version – but if I know the Fallout franchise (and I think I do) there will be more to collect hidden in some metal container in the basement of an enemy-infested vault!

Without a working copy of the main game, the app is currently limited to a demo mode, and as such it seems that simple functions such as switching, modding or repairing weapons currently isn’t available. Another characteristic of the Fallout games is lots and lots of walking and lots and lots of inventory management, I for one am very glad that I will be able to do these simultaneously in Fallout 4 with the Fallout Pip-Boy app, which is now securely installed on about 8 devices around my house. The app seems to be compatible with PC, Playstation 4 and Xbox one versions of the game, so regardless of your platform of choice the Play Store has you covered.

If you’ve got a copy of Fallout 4 coming and want that second screen experience then hit up the play store link below. 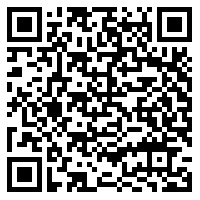 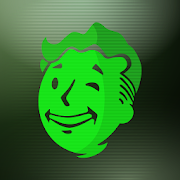 Have you used companion apps for you games before? Let us know how you have found them in the comments below.