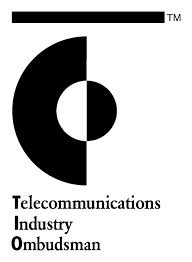 Australia’s Telecommunications Industry Ombudsman (TIO), has today released a statement advising that overall, complaints about Australian mobile operators are at their lowest rate in 18 months.

The release lists data over the last 18-months relating to complaints lodged with the TIO for carriers Optus, Telstra, Vodafone, Amaysim and Pivotel. The report states that overall the complaints stand at 6.5 complaints per 10,000 services in Operation a decrease of 9.7% when compared to January-March 2015 (7.2) and 14.5% when compared to April to June 2014 (7.6).

When looking at individual results, of the three major Australian mobile operators, it appears that Vodafone is seeing some of their best results in a long time with a continual decline in complaints over the preceding six quarters dropping to only 6.3 complaints per 10,000 services in operation. Vodafone’s continued decline in complaints reflects the continued improvements they’ve made across both their 3G and 4G/LTE networks Australia wide. Vodafone is understandably happy with the result with Director of Customer Service for Vodafone Australia, Errol Van Graan saying in a statement:

It’s very pleasing to see our customers are even happier with their Vodafone experience, with the ratio of complaints in the April quarter less than one third of that just 18 months before.

Our aim is to be best-in-business, and while we will continue working hard to achieve that, it’s encouraging that our ratio is now below the industry average.

We attribute this result to our continued investment in our strong network and customer service operations, our award-winning bill shock initiatives and more simplified products.

Still leading the way with the lowest amount of complaints of the three largest telco’s is Telstra with just 6 complaints per 10,000. Telstra has addressed the report on their exchange blog, stating that the report is proof that Telstra is listening to their customers.

Telstra Retail, Customer Relations Director Steve Bannigan went on to say that despite increasing the amount of services they provide they have still managed to reduce the amount of complaints to just six per 10,000 services – but ‘It’s still six complaints too many’. Telstra is continuing to improve their resolutions at first point of contact, and weeding out the root causes of complaints to head them off at the pass.

Optus unfortunately has seen increases over the preceding four quarters, with complaints now up to 8.5 per 10,000 services. Optus has said that this increase is caused by a significant rise in mobile data usage as a result of increased use of their 4G network, as well as enhanced smart phone capability and video services. Optus will be addressing these issues by providing usage alerts including making them more timely and reducing wait times to receive them as well as providing new tools and training for staff to help deal with customer queries relating to data usage, allowing them to resolve issues on their first call.

The signs are great for Vodafone, with the statistics showing continued improvements in their customers perceptions of their network – and we’re seeing that feedback too. Telstra is also enjoying a continued focus on customer service, with their campaign to personalise service by offering the name of the person attending to your inquiries. Optus has a ways to go, but is aware of their issues and are working towards better results.

All up though, a downward trend in complaints to the TIO shows a healthy improvement in the mobile communications industry in Australia. We’re not there yet, but the signs are good that customer service means something and we as customers can reap the benefits.

I was very grateful for the help I had from the Telecommunications Ombudsman a few years ago. That was for problems with 3/Vodafone, not once but twice! I think Ausdroid is great and I’m sorry, but I don’t care what nice things you say about Vodafone, they can go to hell! I’m staying with Telstra.

Everyone can change. A lot of the people in charge during the ‘Vodafail’ period have left. Never say never. I used to hate Optus, now I`m on their pre-paid plan. Go where the best deal is for you at the time.

Fine. Let’s hope for the sake of their customers that Vodafone have learnt a hard but good lesson, when many of their customers were having such a bad experience from Vodafone they took them to Court. So I hope you’re right and they have changed their wicked ways. You don’t know the experience I had with these people, once bitten twice shy!

As someone that’s had long-term contracts with all the major carriers, I’ve never had more problems with any of them than I’ve had with Telstra, and they’re the only ones I’ve ever complained to the TIO about.

I won’t say Vodafone have the best history, and neither do they, but to paint Telstra as so much better for the customer? I think you’ll find a good number of people who’ll disagree.

I am not painting Telstra to be so much better for the customer!!! I said in clear plain English that I am currently with them, and compared with what I experienced from Vodafone, am happy to stay with Telstra. That’s all I said. Originally I expressed my gratitude for the Telecommunications Ombudsman, but for some queer reason you think you can give me grief over Vodafone!?! I know Telstra aren’t perfect, I never claimed they were!

I’ll give you grief over Vodafone when you say dumb things like “Vodafone can go to hell”, and referred to them as having wicked ways, implying that Telstra were better by indicating you wanted to stay with them instead.

You are making judgements with no knowledge of my awful experience of Vodafone which went on for almost 3 years. Of course anyone would come away from that with negative feelings. I imply no such thing about Telstra, that’s your take on things. Yes, I am happy to stay with a company that isnt abusing me. I don’t know if Vodafone has wicked ways now, but they did then hence my need of the Ombudsman’s assistance. Your lack of understanding & compassion, and your willingness to judge, attack and condemn me is disturbing.

How do you have 3 years of bad experience when the standard contract is 2 years?

I also use to be with Vodafone, was with t then for about 6 years, the last year they were horrible, so I’ve been with Telstra since then. Which I’m starting to get a bit sick of, night give optus a try but I have been hearing Vodafone are much better now.

It’s a long story I don’t wish to relive, I broke free of the second contract I was stuck with thanks to the Ombudsman.