Along with launching their new Free-To-Air channel SBS Food, Australian public broadcaster SBS has today announced their plans for 2016 with a raft of new shows and finally an announcement advising that Chromecast support would be coming for On Demand.

The plans for next year are heavily focused on home-grown content, as we’ve come to expect from SBS. The content will include 10 Indigenous productions, 24 new Australian documentaries, as well as new Australian dramas and five new locally made food shows to go along with the new SBS Food Network channel. Old favourites like the Eurovision Song Contest will also be returning to SBS, as will current affairs offerings SBS News, Dateline and Insight.

The excitement for new content is always high, but it’s getting access to some of the other content which is the key for some viewers, this is where SBS’ On Demand comes in. On Demand offers a host of content including over 600 free movies, 350 documentaries and of course all their older shows. The SBS On Demand Android app has been instrumental in getting content to a wide variety of viewers and SBS has finally announced that Chromecast will be on its way next year:

In 2016 SBS is also introducing support for Apple TV and Google Chromecast making the service available on 25 platforms – still more than any other Australian broadcaster.

Of course 2016 is 366 days long (Leap Year), so the excitement is somewhat offset. We’re keen to get a look at the SBS On Demand Chromecast support as soon as we can and we’ll keep you up to date as soon as we have more information. 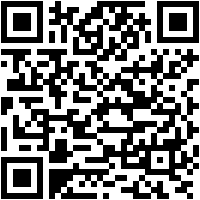 Now the race is on to get *working* Chromecast support before iView – still buffering every 1.5-3min 🙁

SBS on demand is by far the best free streaming service that’s available from free to air services. Great movies, TV shows, docos, the works. It does contain ads, but it’s completely worth it for a free service.

Well its already on Sony AndroidTVs. Just like iView. Thankfully certain folks around have ripped the apk off them and put them online. Certainly sucky though. You’d think broadcasters would want to support more than Sony AndroidTV devices.

You’d think Google would be pushing broadcasters as well. They need to compete with AppleTV and chromecast, while good, isn’t enough competition.

Yeah. Even Telstra seems to be doing better in terms of getting local services on their box, and its brand new.

Yep. I am a bit annoyed that Telstra went Roku instead of Android TV. Would have made so much more sense if they had went Android TV but they went with the Silo instead!

Agreed… Android TV support is soooo simple to add to their existing app as well, it would literally take a week for one guy. Thankfully some brilliant individual has created such an app (and one for iview as well) and put the source up on Github.

SBS on demand has a great collection of movies, if you like something a bit different.