Nickelodeon airs a lot of much loved content including the inimitable Sponge Bob Squarepants, Teenage Mutant Ninja Turtles & lots more, and getting access to them has gotten a lot easier with Nickelodeon Australia launching their Nick Play app for Android (and iOS).

The app is a mixture of good and bad, with some content available to all, but most of it is hidden behind a Foxtel subscription requirement. The Foxtel subscriber requirement is part of Viacom’s (Nickelodeon’s parent company) Play Plex model. Once logged in, subscribers get access to a much larger array of content.

The Foxtel requirement gets pretty funky though, with a separating of different classes of Foxtel subscriber. The Nickelodeon content is available to Foxtel residential subscribers with Nickelodeon included as part of their subscription but not to Telstra T-Box customers or Optus TV customers who subscribe to Foxtel. There’s still a heap of content you can access though, including Australian content such as the animated shorts series Supa Phresh which airs as four 3 minute episodes following the adventures of Tex, a half-dinosaur/half-fish and his best friends. The app also contains an exclusive Supa Phresh companion game.

As it stands, the Nick Play app contains over 320 videos, including:

Nick Play provides yet another opportunity to connect with our current and new audiences in a safe environment parents can trust. We have listened to what kids want and have created original short-form content that is true to our brand values of being irreverent, funny and entertaining.

If you’re interested in checking out the app, it’s available for devices running Android 4.2 and above in Google Play right now. 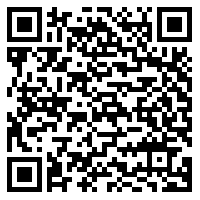 Not available on Android TV by the looks of it either (or at least, not the Nvidia Shield).