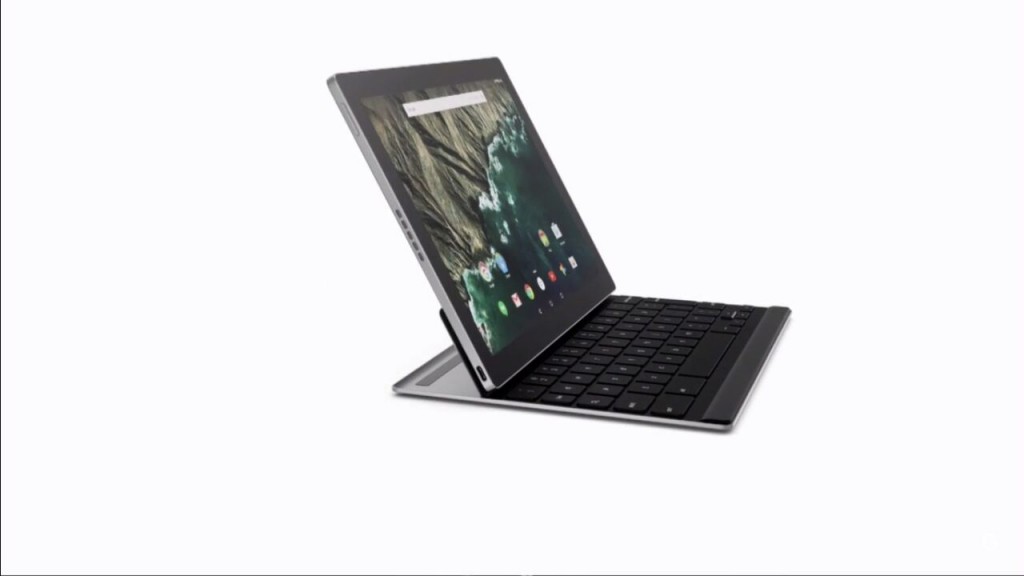 With the calendar ticking over to December 1st, the countdown to ‘The Holidays’ is now on and that means that Google is close to releasing the Pixel C tablet they announced at their Nexus event back in September.

The Pixel C is a Google built high-end Android tablet which comes with a keyboard attachment that attaches to the tablet and can also charge the tablet through inductive charging.

At the Nexus event at the end of September, where Google unveiled a raft of new hardware including the new Nexus 5X and 6P and updated Chromecast Audio, the company announced the tablet and keyboard accessory would be available by ‘the Holidays’ in the Google Store. YouTube reviewer Marques Brownlee tweeted that he hoped that Google hadn’t forgotten about the Pixel C and Hiroshi Lockheimer replied showing the device next to the Chromebook Pixel:

@MKBHD TSA approves! Will be testing it for y'all on the flight. pic.twitter.com/OaDo08Aq6S

The Pixel C runs Android instead of Chrome OS, which after two high-end Chrome OS devices called Pixel, you would expect, but Google seems keen to develop a productivity friendly tablet with the Pixel C. Google announced that the Pixel C would be receiving updates every 6-weeks, the same schedule as Chrome (and therefore Chrome OS) operates on.

High-end is the best description of the Pixel C, but that will also carry over into the pricing when it does launch. The Pixel C will come with a stylish aluminium anodised body with that distinctive Pixel light bar, the case will house a 10.2″ 2560×1800 resolution (308ppi) screen with an Nvidia Tegra X1 processor, 3GB RAM. Pricing wise, the tablet will cost US$499 for the 32GB model and US$599 for the 64GB model – that lovely magnetic keyboard will be an additional US$149.

Was wondering about this as it seems to have disappear from the radar. Good to see that it’s still going ahead. I might get it to replace my HP Slatebook x2.

I would love a Chromebook Pixel 2 LS but am struggling to manage to import one from the US. If any admins at Ausdroid could contact me when they will be importing a Pixel C that would be great! <3 Ausdroid

– sent from my Chromebook Pixel 2 LS.

*cries* Please share your import method. I don’t wanna get ripped off on eBay lol

Use a shipping forwarder like ComGateway or Shipito – change your Google Account to the US and then order. You’ll need to pay GST on an LS though if you do as its over $1000.

when can i expect a review from ausdroid