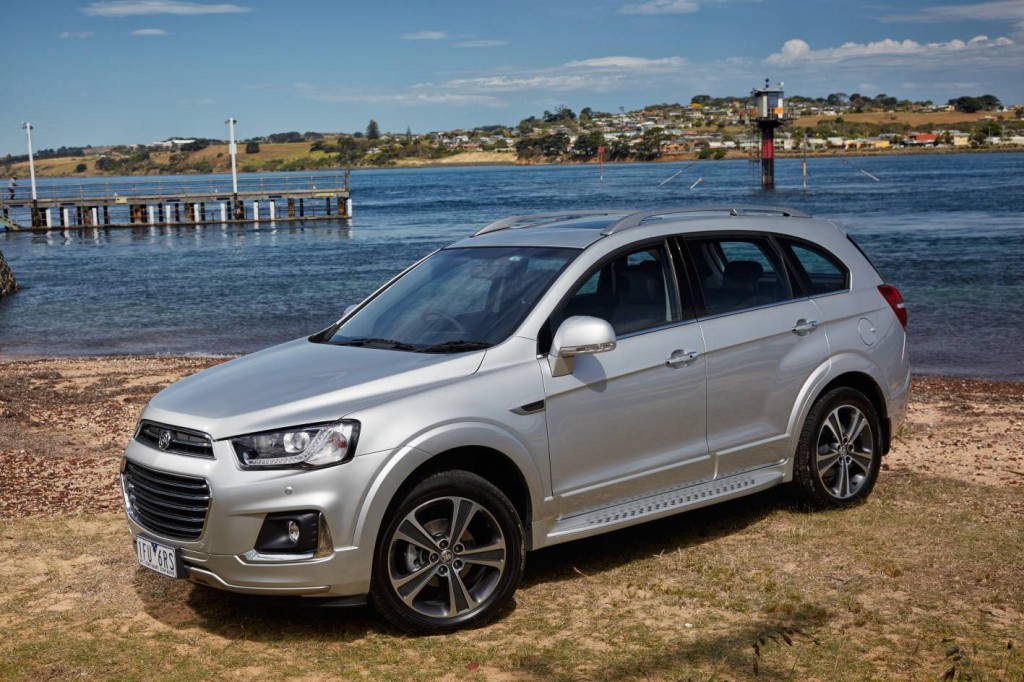 There’s been a fair amount of movement on Android Auto in Australia this year, with Volkswagen, Opel and Skoda all announcing vehicles with the embedded entertainment system. Today Holden has announced that their 2016 model family friendly SUV, the Captiva will also be including Android Auto.

The new model Captiva’s are set to arrive in Australian dealers early in the new year, with a new front grille and fascia, LED Daytime Running Lamps and revised interior design. As a family friendly SUV, the Captiva also has a number of safety features including the Side Blind Zone Alert and Rear Cross Traffic Alert on their LTZ models, as well as compatibility with ISOFIX child seat restraints. Park Assist is also included in the Captiva to make parallel parking a breeze.

The big feature we’re excited for is Android Auto which is being included in the in-dash entertainment system. The system, like other variants across new cars will also include Apple’s CarPlay for iOS users. The Holden Android Auto unit will include a 7″ colour touch screen that allows users to access Google Maps as well as a range of audio application and of course some of the best voice searches around. As well as a new set of body trim for the Captiva, customers can also expect to see 19″ rims all round on both the Captiva 5 and Captiva 7. Additionally the Captiva is covered by Holden’s Lifetime Capped Price Service program, offering peace of mind to customers and offering great value through the years after purchase.

We’ll be in contact with Holden to review the Android Auto system in the 2016 Captiva when they’re released, but this certainly makes my 2015 Captiva look a little less attractive now.

What is the plan with Captiva ??? break the world record for having the same body the longest of any auto manufacturer ??. it looks 2002 … still !! it will take more than a new mp3 player to make me want to drive one of those things.

We’re picking up our new polo today with Android Auto. Can’t wait to try it out!

I should have waited another 3 months before I bought my wife her new Captiva 5 LT which we picked up last week.