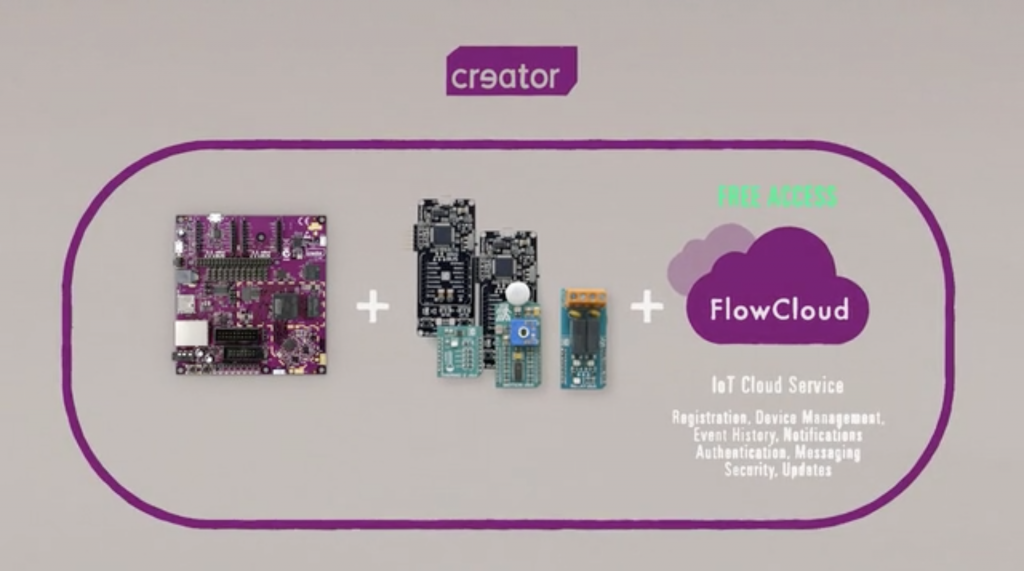 The Internet of Things (IoT) is big. How big? Well, the estimates show that there could be as many as 50 billion IoT devices by 2022. Google announced their intention to get in on this market with their Brillo OS earlier this year at Google I/O. Today we’re seeing a Google Partner, Imagination Technologies launch their IoT starter kit, the Creator Ci40, on Kickstarter with access to almost everything a tinkerer could possibly need.

There’s various levels you can back on Kickstarter, starting from a mention or T-shirt, but the actual Creator Ci40 kit starts with the basic development board at £65 (about $135AUD). There’s various other boards, called ‘Click Boards’ for adding sensors like Temperature, motion detection and control relays, but the magic is all done in the main board. The board itself is pretty powerful, with a 550 MHz dual-core, dual-threaded MIPS CPU, with great wireless connectivity support, including 802.11ac, 2×2, Bluetooth 4.1 and 802.15.4 and for those who require it – an ethernet connection.

The board runs on Linux (Debian, OpenWRT) and also runs Brillo. Google has according to Imagination Technologies picked the Creator Ci40 as part of their Brillo Golden reference program. As part of the Golden Reference Program, the board will receive regular updates and patches from Google every 6 months.

The Kickstarter project looks to be quite interesting with a cloud layer with free access included to allow you to truly utilise the hardware and with involvement from Google the Creator Ci40 looks to be a good place to start if you want to get in on the IoT ground floor with Brillo.

If you want to check it out, head over to the Kickstarter page and see what it’s all about now.