ZTE Australia have added 2 new smartphones to their line up of mobile phones available here with the Blade V2 and the Blade V6.

Looking at both devices, it would seem that the Blade V2 is more a budget end device but still looks has some decent design stylings and does offer some pretty good specs, where as the Blade V6 is something extra as ZTE are claiming is an “Affordable Premium” Metal bodied Android handset.

So lets have a look at them separately First up we have the Blade V2

The blade V2 is what ZTE are claiming as ‘Premium for the masses’ and it certainly does look quite good and looking at the spec run-sheet, offers some pretty damn good specs. The Blade V2 is a 4G LTE smart phone with support for all major 4G Bands in Australia with Dual Nano SIM slots (4G/3G/2G + 2G) and runs Android 5.1 with a large, bright HD 5” display.

Looking at the ZTE Mobiles website, it would seem that the Blade V2 will be available from either Officeworks and JB HiFi but there has been no pricing as of yet confirmed. Based on this it would be assumed that the V2 will become unlocked, meaning it can be used on any of the 3 major telcos or various MVNO’s. 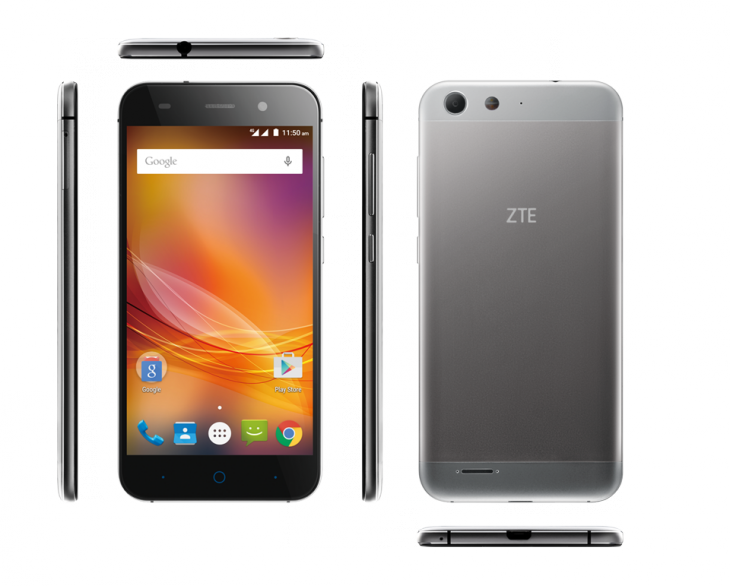 Lastly we have the Blade V6, which actually looks pretty damn good. ZTE have made it the point that the Blade V6 is encased in a full metal body and is being aimed “Affordable Premium” Metal bodied Android handset with a slim and stylish design.

Looking at the spec sheet, we find that the Blade V6 is packing some pretty damned good specs also which include:

Availability and pricing for the Blade V6 hasn’t been announced as yet, but from the ZTE website, we are lead to believe that more information will be made available in the middle of this month.

We have reached out to ZTE Australia for comment and availability including pricing and if we here at Ausdroid could secure review units to have a look over and test them out and we are still awaiting comment at the time of this publication. Be rest assured though, as soon as we know more information we will let you know. Both devices are currently available to look at on the ZTE Mobiles Australian website, so head over and take a look.

Am I missing something here? With the inability to either install or move apps to SD in the latest versions of Android (can’t speak about Marshmallow as I still don’t have it, HTC), why are manufacturers continuing to provide so little internal memory? And flash memory is rather cheap at the moment so why are the manufacturers insisting on providing so little RAM? I know photo/videos/music can be put onto SD cards but my Outlook app won’t let me move my data file to SD. In other words, application data still needs to me on the Internal memory. Use email… Read more »

Wonder how is the V6 different to S6?

It looks different in every regard. A smaller screen with a lower resolution, slower processor, less RAM, less storage space and older OS. That’s not to say that it’s not a decent phone if the price is right, but comparing it to the S6 probably isn’t fair, as they’re aimed at a different customers.