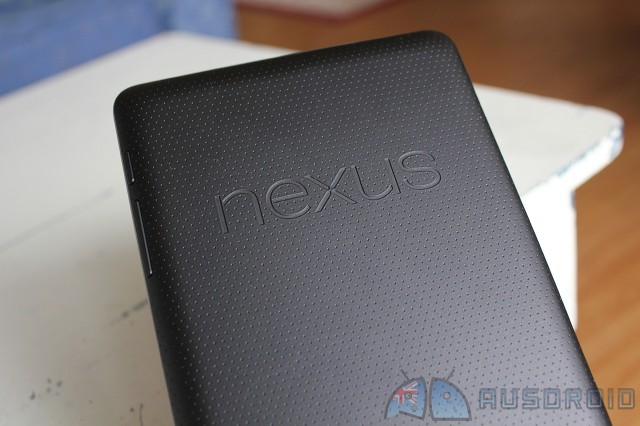 Google’s Nexus program is a source of wild speculation in the lead up to launch. With two Nexus phones and no tablets released this year, that of course is leading many to begin speculation on what 2016 could bring. Both Nexus 7’s from Google have been wildly popular, though the 2012 model is certainly showing its age, and the possibility of an updated model raised by a post on Chinese social media site Weibo has sparked imaginations overnight.

The post comes from a Chinese source who has some history with successfully posting rumours from within Chinese tech companies like Huawei, as well as Oppo and has quite a following (over 34,000 users). Translated, the post reads:


2016 Google Nexus 7 project began, but did not determine to Huawei! Huawei still want to continue as Google surgeon!

Google reportedly is looking to launch their Play Store in China next year, and a partnership with Huawei, which has seemingly gone swimmingly well with the likes of the Nexus 6P, could see them further their relationship with a second Nexus device – this time a tablet. The Huawei MediaPad tablets are decently designed and perform quite well with Huawei’s software, so a stock Android Nexus tablet could be just the ticket to continue the venerated Nexus 7 line.

The Asus built Nexus 7 tablets both sold quite well, leading to finally seeing some commercial success for the Nexus line. To see Google continue with the Nexus 7 line would be quite welcome by all, and would complement the upcoming premium 10″ Pixel C tablet quite nicely.

It’s all wild rumour based on this one Weibo post so far, but it’s interesting and ties in to that gadget lust that Nexus lovers and Android fans alike all share. We’ll have to wait and see, but it’s one to watch.

With phones getting bigger and bigger (ridiculously so, in my opinion), 7″ tablets are becoming almost pointless… I wish the next Nexus tablet would be a sequel to the Nexus 10!

16:9 please! It was so much easier to hold and read comics and books on that ratio. Videos were full screen! No wasted space. The speakers could flank it easily on either side, the keys would be much easier to reach with thumbs. If its true 7″ or 8″, just make it 16:9 ratio

The idea of a new nexus 7 would be fantastic! I’m still rocking my N7 2013 (haven’t unlocked the bootloader). A newer one would need to be 7.9 to make a worth while advance from its predecessors.

Given the increasing size of screens on phones, I wonder how much mileage there is in the 7″ screen size tablet any more. I know I significantly reduced my use of my Nexus 7 after I got my Nexus 5, as the larger phone screen size reduced the marginal gains from the 7″ screen. I’d rather see an 8″ Nexus tablet myself.

That would make the nexus 9 useless and even a year down the road it will be a very good tablet to get.
A 11 or 12″ nexus with high end hardware would be sweet to see as well

I’d love one with an OLED screen so I could turn it all the way down at night when I’m reading books.

Would love a new Nexus 7, mine is suffering a fair bit of damage now, chipped case, sensors aren’t working (so no auto rotation). Still a damn fine device though.

My N7 2013 was laggy and stuttery with Lollipop.
It’s now relatively smoother with Marshmallow.