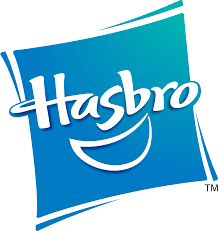 The three games have been released, but of the three titles you’re only going to be able to play RISK, with Game of Life and Scrabble both listed as incompatible with all my devices – though it’s a different matter on my US account. The games are free to play once per day but come with in-app purchase to unlock them for free play with RISK asking for a fairly grand $8.43 for full access – but considering the cost of a full board game and the inevitable search for missing pieces, we think it’s a good price to pay.

While RISK is good (personally I`m not a fan), The Game of Life or Scrabble would go down an absolute treat in our household over the Christmas period, so it’s a shame to see they’re not actually able to be installed. We’ve reached out to Hasbro to ask about international availability so we hope to have some good new soon.

The app was not found in the store. 🙁
Go to store Google websearch
Via: Android Police.

Only problem is none of these new 3 games are available to users in Australia. Major bummer!

Yawn… some of the most overrated board games of all time.

Now if Carcassonne came out with Chromecast support, I’d be interested.

I have been waiting for this too along with Pandemic and Ticket to Ride. These would be fantastic if they had chromecast support.

Been waiting for Chromecast compatible games, this should be good fun! 🙂