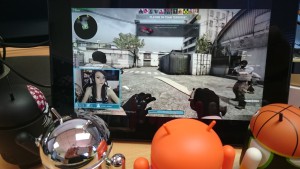 Twitch has added Android TV to its list of supported platforms, with 1080p streams at 60fps supported on the platform.

The service has gone through some changes over the past year, particularly since the announcement of YouTube Gaming in August. The Android app has gone through a fairly rapid round of innovations and updates, culminating in this release.

Twitch is a great way to have a look at games you’re considering buying – you can check out game play, pick up tips or just generally get your head around the game world by watching others play it. If you’re only looking to spectate, the Android TV app will be a great way to do this. You can watch live and recorded video of top games, players, and esports events, follow specific channels and games, and learn about broadcasters (and watch their videos) on their profile pages. Seems a smart move for Twitch to cement their user and viewer base before YouTube Gaming expands too deeply into the games streaming market.

The company also announced an update to its main Android app today, bringing their Whispers 2.0 enhanced chat features to Android.

Will you be checking Twitch’s Android TV app?