The year is almost at a close, we’ve already looked at our Best Games picks for 2015, and we’re slowly getting through a list of our own personal favourites from 2015, now it’s time to look at apps.

As a rule, we’re creatures of habit when it comes to apps. I personally have almost the same list of apps installed on my devices as I did a year ago, so any list of apps is always hard to put together. Still, we’ve persevered and checked out what apps were released this year and come up with our list of the best Apps that were released (or re-released as was the case with some).

So, without further ado, here is our list of best apps for 2015:

From developer Francisco Franco – the developer behind custom kernel: Franco’s Kernel – comes Focus. It’s a well designed (all Material baby!), local gallery app, which displays all your photos, gifs and videos in a fast, easy to use interface.

The app includes a way to tag your photos to find them easily later, it also has a dark theme which is a plus for me.

Don’t get me wrong, I love Google Photos, but it’s not the best experience for looking at locally stored images. I don’t always agree with software design decisions of OEMs, but for the most part the majority of OEMs making Android phones agree and include a standalone local gallery app as well – but as a Nexus lover, that’s not happening and so I use Focus.

Focus is free to check out, but if you’re looking to get all the features out of it, you can purchase the app using the In-App Purchase mechanism for $3.17 – or buy it and give a donation to the developer for $10.89. For the best local gallery app on your phone, definitely check out Focus. 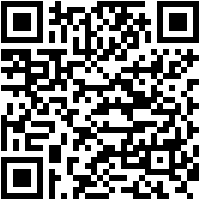 Microsoft Word / Excel for Android. Apps are free, but Office365 subscription adds some extra (though not needed) features. A free Microsoft account is required to save etc.

The Android versions of Microsoft Word and Excel are amazing, and though the feature sets are a little bit more limited than the full, desktop experience, they still function incredibly well and transform proper Android tablets (such as the Pixel C with keyboard) into true, mobile productivity options. With Word, one can create and edit Word docs on the go, save them to a variety of cloud storage options, or locally, and you can even print them to a PDF or to a Google Cloud Print-supported printer (and on my network at home, there’s a couple of these).

With these apps, one could almost do away with a full-featured laptop and accompanying apps for most basic-to-intermediate on-the-go word processing or spreadsheeting. While one might not necessarily want to create a complex word document or excel spreadsheet, one could definitely access, update and present those documents using these fantastic mobile- and tablet versions of the Microsoft favourites.

Definitely my best and most useful apps of 2015.

2015 is the year Microsoft brought it’s Hyperlapse video production technology to mobile, with the surprising appearance of their app on a limited number of supported handsets. Hyperlapse videos are typically sped-up moments, stabilised by software processing. They mimick time lapse videos you might see on some TV shows but end up cut down into Instagrammable lengths. Given the somewhat primitive nature of Android’s video editing landscape, it’s notable that Microsoft got so much so right on their first go. The limited handset support got opened up fairly quickly too, and we’re all now free to make our own Hyperlapse videos and share them on social media.

Ausdroid has been trying to find a way to clone @phroghollow for ages. I think we finally cracked it! #ifa #berlin #3d #scanning #hyperlapse

Google photos is Google’s much needed gallery app. For years their gallery app was the very feature-less AOSP gallery. Now with photos it brings all your cloud storage and your local storage into one app. It allows auto-backup (be careful it doesn’t backup images you may not want backed up) to the cloud, and if you don’t mind Google compressing the photos a bit (Google limit the image size to 16 megapixels, or 4920 x 3264 pixels) there is unlimited storage for all the photos you want. For those who want to maintain the integrity of their images there is 15GB of free storage (more can be purchased) but for me the free storage was good enough quality.

The search and cataloging feature of Photos is amazing. It automatically catalogues/tags photos by what it sees in them. This is certainly some amazing coding/wizardry by Google but there have been some teething problems that have since been fixed so if you search for “Cars” it will find all images of cars (something I like to do).

The assistant feature creates some amazing collages, auto-awesome images, and also gives reminders of days (eg. remember this day from 5 years ago) which is something I like as I really do not have time and cannot be bothered with all this myself.

Definitely my best app of 2015 and beats every other app the other Ausdroiders can come up with (I got in first before they could take this one).

I’m not averse to spending money on apps, in fact I encourage it. Twitter is a funny social medium for me and I need to really like the app i’m using to engage online. While it’s very functional, I don’t particularly like the official Twitter app so I continually look for a really good replacement which I found in Falcon Pro 3.

The developer Joaquim Verges hit headlines when his first effort was the first to hit the Twitter token limit and the battles that ensued thereafter. But when Falcon Pro 3 came around I jumped on it quickly because I like the interface, I like the workflow of the app and I really like the presentation of it.

Adopting the pay to use model seems to have helped Falcon Pro 3 avoid the token troubles of the first version and I’m still using it day to day nearly a year on which probably makes it my longest lasting twitter client for some time. Kodi is an open source, community developed – under the watchful eye of it’s own foundation – media player that has its roots going back to the original XBOX, when the software was known as XBMC – XBOX Media Centre. Since those early days XBMC has grown into KODI and is available on almost any platform you care to use from Windows to Raspberry Pi and of course Android.

Officially KODI came to the Google Playstore in June 2015, before that date the app required sideloading and was not as widely compatible. If you are looking for a free – although a donation to the foundation to assist with development is a nice thing to do – Media Centre to handle all of your local (or networked just not cloud or streaming) Movies, TV Shows, Music or photos then KODI has you covered in style.

The app includes an indexing system, coverart scraper, library functions theming engine and much more built in. With the 3rd party plug-ins you can really start to extend what KODI can do including YouTube, Podcasts and on some platforms watch and record live TV.

Not all of the plug-ins work on Android, however even without them KODI is a fantastic media player that , like VLC, will play almost any format you throw at it. You can grab it now in the Playstore for free.

Layout from Instagram is certainly an interesting and easy to use and does make some very interesting collages which is a change from previous collage apps I have used in the past.

There is a simple interface and editing of photos and it is simple to either add or delete photos or the layout of your photo collage. Photos can either be added straight from your photo gallery (including google photos) or you can use the built-in Photo Booth to snap spur-of-the-moment shots. 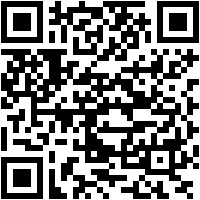 So, that’s our list. We’re always interested to know your thoughts on new apps, so let us know in the comments, what was your best app of 2015?