Viber is one of the bigger names in ‘free messaging’ around the world with their install base being in the 100 – 500 million range on the Play Store alone. Their cross platform approach (Android, iOS, Windows Phone, Blackberry, Mac, PC and even Nokia apps) means that regardless of the platform you’re on you can reach your friends.

The latest update to the Android App – aside from the usual “bug fixes” and adding some detail to group messaging has added a feature not dissimilar to the whole premise that Snapchat is built on; sneaky messages to friends that disappear once read/viewed. The feature called Wink is a separately installed plugin for Viber which lets you set a time limit on how long friends can view your picture or video for before it disappears. Be warned though, you’ll need to watch you for the sneaky screenshots though, Viber can’t prevent and doesn’t notify you if they do grab a screenshot. 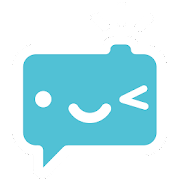 Viber users: What features from other platforms would you like to see appear on Viber?