It was nearly 3 years ago now that I wrote an opinion piece about the Android Tablet platform, questioning it’s future. It drove some fantastic comments from our readers. Given recent developments — such as Android Lollipop, the Nexus 9 tablet (despite its well documented failings), and various others by multiple manufacturers — I felt it was time to follow that up in 2015.

On reviewing the original post, it’s fascinating to see that some issues are resolved, some remain and some will always be. This is one of the dangers of offering a (relatively – compared to iOS) open platform for manufacturers and developers to play in. Google have certainly responded in some facets that were addressed and others have continued somewhat unchecked. There is an obvious issue preventing Android tablets taking more of a hold in the market; it’s sold by Apple and it’s called the iPad. Consistently selling huge numbers quarter on quarter, any competitor in the tablet market is going to struggle to find a foothold.

The tablet market has also taken a sidestep with the Microsoft Surface being introduced, which is in its own right a brilliant device. It can behave like a laptop, it can behave like a tablet and the interface is familiar and comfortable for many users who have only ever used Windows devices. The price is something of a tripping point for many users though on the Surface, but its still accounting for some of the tablet market — especially for prosumers and business types. 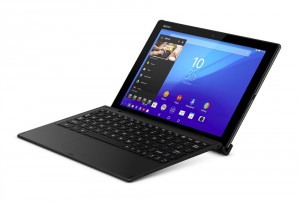 The user experience has always been an issue for Android, and frankly is unlikely to ever go away completely. You can spend anything from $89 at Coles for a 7″ Android KitKat Tablet through to the $800 or higher mark for the top end Samsung, Sony and HTC (Nexus) devices, enjoying various spec and connectivity options along the way. Unfortunately a lot of users aren’t educated enough to really understand what the difference between a $650 Sony Z3 Tablet Compact and a $220 Kogan Agora actually means for their experience.

As I see it, the biggest issue that the Android Operating System still has to contend with is the consistency of delivery and unfortunately this is both a strength and a weakness for the OS. For similar dollars you can get 3 different devices, which offer 3 different experiences to users and often a small jump in price can result in a huge jump in the positivity of the users experience.

This lack of understanding from users and willing from companies often leads to “Android” getting blamed for poor user experience, where often it’s the invasive launchers and bloat that manufacturers put on the devices that are creating this experience. So all of a sudden we’re talking about that dreaded “F” word again; Fragmentation! 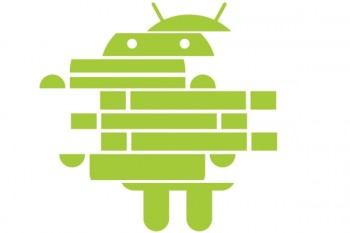 The other issue when compared with the iOS platform is a roll on from the consistency of delivery, in that not all manufacturers are committed to providing OS updates to devices. In fact if you play the budget game, you should probably make sure that you are happy with what you’re getting out of the box because the likelihood of an update is pretty low.

You only need to look at the latest Android version figures to see that this problem is not going to go away; EVER, unless Google take drastic steps to force upgrades with Ice Cream Sandwich (Oct 2011 release), Gingerbread (Feb 2011 release) and Froyo (May 2010 release) collectively accounting for 6.5 percent of the total install base. Even some of the big name manufacturers are significantly slower than those of us who purchase their devices would like them to be on high end device updates.

What problems have been resolved

Android is no longer a platform that has been put together for phones and dumped onto a tablet with minimal thought to it. The interface is not only usable on tablets but partially planned planned and designed around the platform. Particularly when you look at the first update (second version) of the Android M preview that was released on earlier this year that included a landscape launcher. Hopefully as the new year comes in, more developers will see this as an untapped market and begin releasing more apps specifically designed for tablets rather than phones.

For the time being, though, there are many apps which don’t work all that well on tablets because they’ve been designed specifically with phones in mind. Instagram is one such app, and there are countless others that don’t make the transition to a bigger tablet screen very well.

While it has never really been a barrier to enter the Android tablet platform, affordability of the platform is a definite strength of Android tablets, the cost of entry is cheap; very cheap but the previously mentioned consistency of delivery comes into play when you to head down the budget path – a very sharp double edged sword. Fortunately something of reasonable quality is now only a very short step financially to go past the likes of Kogan and Aldi tablets to the lower end Samsung and slightly older Sony tablets making it more attractive to potential buyers to get into the middle ground rather than just entry level.

Are there new problems?

Yes, but they’re a natural evolution of mobile phones and not really a direct issue for Android tablets but more tablets in general. What size screen are you looking at on your current mobile phone? Personally I have a 5.2 inch screen, but thats due to a personal preference for the smaller phone size where many of the phones that have been released recently are 5.5 inch or larger, which in some respects kills the 7″ screen tablets because they simple aren’t that much more functional than a phone with slightly smaller screen.

Which leaves the 8+ inch screens as the main options and there really hasn’t been a strong drive into the market between 8 and 9 inches of screen and a lot of users simply don’t want the larger form factor. 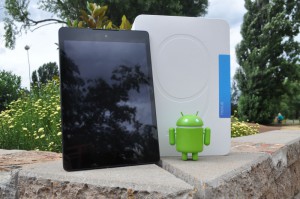 The other issue that manufacturers are facing now is that tablet sales are dwindling rapidly; there are a lot of users who have a tablet and are happy with what they have, others have been burned – unlikely to return. Believe it or not, there is a huge user base out there who have absolutely no want or need for a tablet; they have their needs covered with their mobile, Laptop and/or PC.

It seems as though the manufacturers just can’t win.

It’s old news now but the Nexus Tablets have made a difference to the presence of Android in the tablet space. The game changer without a doubt, the original (2012) Nexus 7. It hit a hole in the market that the fabled iPad didn’t; people that want something a bit bigger than a phone to surf the web, email, read books on etc but without the bulk and weight of the 10” monster. Followed up with the Nexus 7 (2013), Nexus 10 and more recently the Nexus 9 the Nexus tablets have been consistent with their user interface experience and importantly the hardware has been nice; not ground breaking in most cases and not without flaws but nice hardware that wasn’t cumbersome or unduly ugly. Google have engaged Asus, Samsung and HTC (with rumours of Huawei to build the next Nexus tablet) to be involved with the design and manufacture of the tablets showing users and other manufacturers alike that when the delivery of the experience is controlled by a central party; namely Google, Android can be a consistent, user friendly and updatable experience.

On top of this, Google have released their own, in-house tablet in the form of the Pixel C, which runs the latest version of Android. It showcases what an Android tablet could be, though it suffers the same shortcomings in other respects — apps not designed for tablets will still look rather shabby. On the plus side though, there’s beautiful hardware, stock Android, a keyboard accessory which is incredibly powerful, and there’s a lot of promise.

At the end of it all, I believe its pretty clear we’ve come a long way from the first Android Tablets that were commercially available in any volume. Unfortunately due to the open nature of the Android Platform we’ve also seen manufacturers take different paths to their current locations in the market which means users need to be well educated on what to look for to ensure they’re not burned by a bad sales person or cheap online sales; the purchase isn’t as cut and dry as “what size tablet do you want?” as it is with the tablet market leader, the iPad.

Along the way we’ve seen some good, some bad and some downright ugly steps in the development of Android as a tablet platform and it most certainly has a future. But in the short to medium term at least, it’s probably not something that will become a daily driver for the average consumer due to the inconsistency of the user experience between manufacturers and the lack of understanding from some developers that Android is a viable tablet platform. The Android operating system has come a very long way since the first “official” steps into tablets with Honeycomb, but there is still a very long way to go.