Atari have released a new game called PrideFest, and Australians and New Zealanders are the first to be able to download and play the game on their Android (& iOS) mobile phones and tablets. It’s a rainbow fun-fest, where your queer quest is to make a grey city more vibrant. Literally.

Pridefest, which is free to download from Google Play, is a pretty decent and basic game but certainly does also carry the feeling of a usual Sydney Gay and Lesbian Mardi Gras festival.

Atari has said that PrideFest is “inspired by the LGBTQ community and the hundreds of Pride parades held annually around the world. Pridefest brings the excitement, colourful atmosphere, and inclusive spirit of the real-world events to a mobile game for the first time,” whilst also allowing “players to work through more than 40 missions and objectives as the new mayor of a city that has seemingly lost all of its fun and colour overnight. Players will be tasked with overcoming challenging obstacles and humorous hurdles while restoring the city to its former glory and ensuring that citizens are happy.”

PrideFest is actually backed up by social research which shows that arts, culture, events and festivals in a city attract more residents and tourists, plus is a boost to the local economy.

The game is being tested in Australia and New Zealand first, before becoming available elsewhere around the world in coming weeks according to Atari. You can download PrideFest for free and see what you think of it. Personally I like it and it is something different. 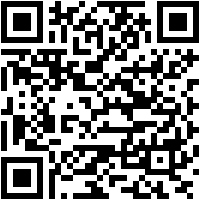 That’s my first reaction also but – y’know fuckit. I’ll give it a go, see if it has legs beyond being LGBTxyz123 positive.