Home News and Editorial The new X-Files series starts this month and it looks like Mulder... 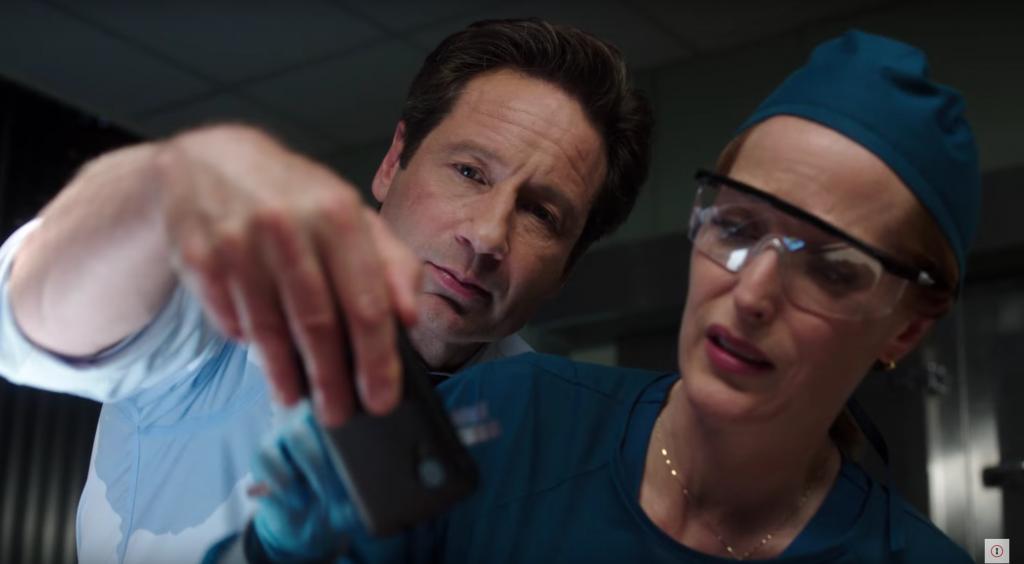 The team is getting back together! After an extended break from both the large and small screens, Mulder and Scully are returning to our screens this month and it looks like Mulder will be rocking the Nexus 5 when he does.

As part of the X-Files Re-Opened teaser video which looks at background of the X-Files series, recapping the mythos and history of the series, we get a look at Mulder using a phone in a couple of scenes in the video. The phone appears to be a Nexus 5 in a case which you can see in a number of scenes as pointed out by reddit user ser_melipharo.

The Nexus 5 was of course the first Nexus phone to feature Optical Image Stabilisation (OIS), making it a great choice for Mulder to use and attempt to capture those grainy, low-light images associated with alien abductions – though it might be time to update to a 6P if the FBI budget allows.

Throughout the original series, Mulder tended to use a flip phone, as was the general tend in the 90’s before smartphones became a pervasive way of life for most people. As the original series progressed, the growing adoption of the mobile phone in popular culture and in the government saw mobiles used in various episodes. How much of the governments ability to track mobile phones and data in this post-Snowden leaks world will be addressed in the new series is unclear but it should be raised at least given Mulders previous history.

You can also watch the video yourself to see if there’s any other scenes that feature the phone – and it’s a great hype video as well:

The upcoming 6-part mini-series will air on the 24th of January in the US on Fox, before airing on Network TEN here in Australia. Channel TEN hasn’t yet advised when the series will air, but we’re hoping it’s fast tracked when it does.

He probably wanted a 5X, but decided it was overpriced. 😉