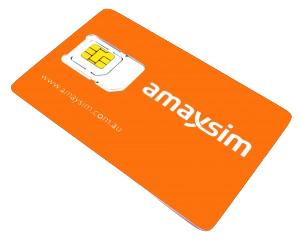 Mobile Virtual Network Operator Amaysim has announced that it has purchased fellow operator, Vaya Mobile, for $70 million in a deal which will help grow Australia’s fourth biggest mobile phone provider by 140,000 subscribers. This acquisition will take Amaysim to over 1 million subscribers to its service by 2019.

Ogrin has stated that he sees the company playing a role further down the line in possible other mergers and acquisitions along with consolidation within the Telecommunications industry.

The company has stated that it will continue to run the Vaya Mobile brand separately to the Amaysim brand, having Vaya become a wholly owned subsidiary of Amaysim – sort of like what is the current practise with Virgin Mobile and Optus.

Both companies utilise the Optus 2G, 3/3.5G and 4G plus networks with Ogrin stating that “We’ve got a very strong relationship with Optus and we think if one of these opportunities [crops up again], absolutely we’ll be happy to look at it, as long as it’s a strategic fit to our organic growth strategy.”

Vaya has 40 employees, with 10 based in Australia and another 30 in the Philippines and these employees are expected to stay on through the change of ownership.

Amaysim paid $5 million in cash, $15 million in Amaysim shares and takes on $50 million of debt owed to Optus. How Vaya had 140 000 customers is beyond me, as they have some of the dodgiest billing practices ever seen.

Well they were cheap. I had no issues with them and billing was fine. 18 a month for more than I could use only issue was on Optus. That is how they can have 140,000 subscribers.

You don’t need a lot of employees to run this type of business. a cheap call centre, local escalation people and a few managing the thing, you are reselling an Optus service so you get a set price per connection, work out your margin and sign them up.

I think you misunderstood Brad’s question Chris. He was asking about the valuation / amount paid given there’s only 140,000 subscribers i.e. they’ve paid $500 per subscriber which seems a lot when monthly revenue per customer is under $30 a month.

Wow a company with only 40 employees is worth 70 mill. Wouldn’t have guessed….

out of those 40 members 30 are located in Philippines which likely means those 30 members are call center people.