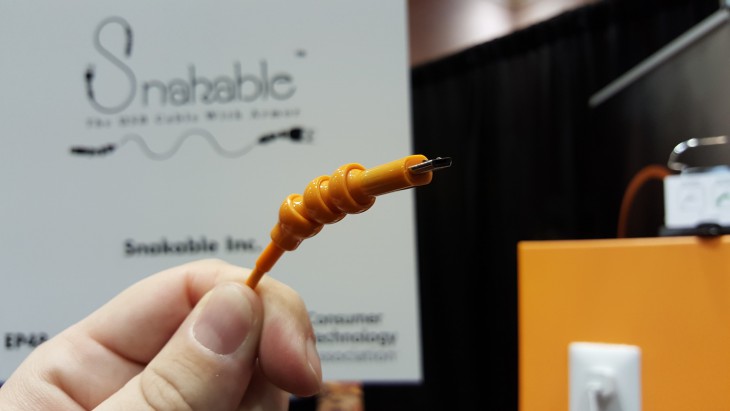 As I was wandering around CES Unveiled, I noticed a little company called Snakable was demonstrating a product that spoke particularly loudly to me as someone who’s well known for destroying USB cables.

Snakable’s cable has extra support at the point where the cable joins the USB plug, in the form of three interlocking segments to allow you to bend the cable without fraying it. The describe it as “a USB cable with armour”.

It’s a pretty simple concept, originally launched as a Kickstarter campaign but has since graduated to general availability.

Snakable’s selling the 1.2m cables in a variety of colours for USD $29.95 on their site. Shipping can be a little hefty, but you might save a bit by combining orders.