The Australian Open is about to kick off, with play getting underway this Saturday the 18th and running through until the 31st of January. To get ahead of the event, Tennis Australia has updated their Android app with a couple of new features.

Though their developers have decided not to add a ‘What’s New’ section, the app now features a new navigation set, allowing you to get to the latest news, scores, schedules and draws direct from the home page. Also included is a new Australian Open Live Blog including coverage of top billing matches and entertainment around Rod Laver arena. There’s even notifications attendees can switch on to notify them of events on the ground if they’re on site during the tournament.

As far as design goes, there’s touches of intuitive Android design here: the slide out Navigation drawer for one and there’s also a tablet app interface for those using a tablet for their second screen experience. There is still a bunch of buttons for navigation down the bottom which is part of the new design, but overall it’s a pretty good experience.

The usual well, loved features such as scoring, player biographies, match draws as well as photos and videos from the event are all included to make this quite the comprehensive app.

You can download the app from Google Play for free now. 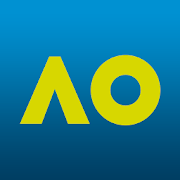