With CES now behind us, the next big show on the tech and indeed mainly the mobile calendar is Mobile World Congress which kicks off next month in Barcelona, Spain.

Though they won’t be joining the expected announcements from the likes of Samsung, HTC and Huawei – who are still yet to announce their MWC press events, prior to the official start of MWC, Sony has announced a press event starting at 7:30am on Day One of MWC. 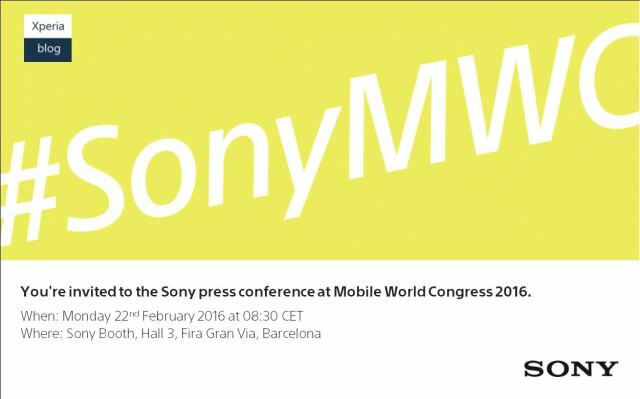 Last year saw a low-key ‘press event’ from Sony which saw Kaz Hirai show off the newly announced Xperia Tablet Z4 and the Xperia M4 Aqua phone, but no major announcement were made.

Sony has been keeping to a release schedule closer to a yearly release for the last couple of years, but in this highly competitive mobile market, perhaps their strategy is changing.

Chris will be on the ground in Barcelona this year bringing you all the latest releases and hands-on reports for any new announcements so stay tuned.