Android collectors are still waiting patiently for the next Android collectible series from Dead Zebra to launch, but in the meantime artist Andrew Bell has been busy, announcing a new Chinese New Year Android figure.

The Chinese New Year Android will go on-sale this coming Monday the 25th of January at 11am EST (that’s 3am AEST on Tuesday January 26th for those playing at home), where they will sell for $10 each plus shipping.

The Chinese New Year figures also come with a red envelope, which could possibly contain either a ‘fun little Android / Monkey “dollar bill”’ or a ‘Golden Ticket’ which will net you a custom minted 24k gold coin weighing 10g that’s worth US$450 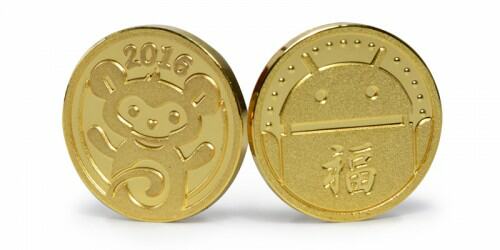 There doesn’t seem to be a limit on these editions, but they do tend to sell out so if you’re keen on this design get in early.