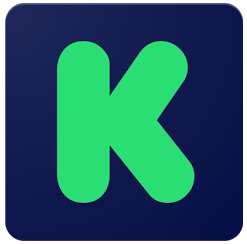 Crowdfunding site Kickstarter has today launched their long awaited Android app to Google Play. Before we go on, repeat after me “I will not back stupid s*** on Kickstarter”. Right, with that out of the way.

The Kickstarter app is a fairly clean, basic looking app with hints of material design included, but it has all the functionality you could expect from a Kickstarter app. You can discover and pledge your backing to a project, get updates on projects you’ve backed and see what your friends have backed.

Kickstarter is a pretty big deal in all forms, from art and culture to technology, over $2 billion worth of pledges have been made since the site launched in 2009. Kickstarter has been the source of a number of big projects over the last couple of years which have shaped our mobile world, from Pebble, to the Ouya, they aren’t all super successful but they have made a splash.

If you’re a keen Kickstarter backer, then head over to Google Play and install the Kickstarter app and see what you think.