Slowly but surely Australian broadcasters are being dragged into this century. Today was the Nine Network’s turn to step up. Until now the Nine Network’s app only allowed catch up of programs previously aired on Channel 9. Today they have released an update that enables streaming of the live coverage of their four free-to-air TV stations.

The Nine Network announced late last year, as part of their 2016 strategy, that they would re-brand their TV catch up service known as 9Jumpin to 9Now. Today the Nine Network has made good on that announcement, launching the 9now website as well as updating their mobile apps, which are currently available on Android and iOS.

The app in Google Play replaces the 9JumpIn app, with users being prompted to update to 9Now, a concern if you had no idea that the name change was coming, although a quick look at the Developer and description will bring you up to speed:


Take control of your viewing experience with 9Now – your new destination for live streaming Channel 9 and on demand content from all of Nine’s TV channels.
9Now is your new and improved way to access Channel 9 – it’s easy to use and it’s free.

As part of the rebrand, Channel 9 has also introduced a new feature, Live Streaming. Live Streaming will eventually cover all four channels broadcast by the Nine Network, but at this stage only the main channel is being streamed. The remaining three channels: Go, Gem and a new channel called 9Life which launched last year on the 26th of November featuring reality style content from the US such as The Bachelor/Bachelorette, House Hunters, Million Dollar Listing LA/NY and Top Chef, are listed as ‘Coming Soon’, so we hope to see some movement on these soon.

The 9Now app does require you to log in via either a My9 account or your Facebook account which is different to many other broadcasters. I was pleasantly surprised by the app and it is basically just a slightly delayed stream of the live TV, without any extra ads unlike some other network apps. Whether this will be for all shows remains to be seen with the cricket and NRL having their own online streaming apps and deals with other outlets.

Once again there is no Chromecast support but one step at a time and the Nine Network has acknowledged that a Chromecast app is on the way with the device listed alongside upcoming apps for other platforms such as Samsung, LG and Sony TV’s, Apple TV, Xbox One and the Playstation 3 & 4. No timing has been given for the other apps or Chromecast support, so it could be a long wait.

If you’ve got the 9JumpIn app installed, or if you want to check out the Live Streaming in the app, then head over to the Google Play and install 9Now. Remember that using this app while mobile will consume your precious mobile data. 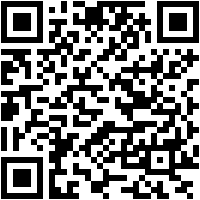 When will it come to the Xbox One, all other Australian networks are already on the Xbox one.

According to the help section of the 9Now website – “We don’t have the rights to stream programs like the Cricket and NRL, but we’re working hard to bring you as much content as we can.”

If they stream tomorrow’s T20, I’m keeping it. Otherwise, in the bin it goes.

And NRL games while we’re at work.

Do we know if they’ll stream sport on there?