Chinese electronics manufacturer Oppo has announced that they will have a presence at Mobile World Congress next month, where they will announce new camera and power solutions for mobile.

Oppo has already announced their F series phones which will feature an improved camera experience on a more modest budget, and they already have an excellent recharge option with their VOOC charging, but their announcement promises they will ‘unveil a groundbreaking power solution and an unprecedented smartphone camera innovation that will offer tomorrow’s consumers a reinvigorated user experience’.

The announcement comes after Oppo announced they sold over 50 million handsets in 2015, and improvements in these areas should move more in 2016.

With our commitment to equip everyday consumers with the best technology, OPPO invests great efforts in technological innovation. We have a legacy of bringing new ideas to the industry that we are proud to uphold, such as introducing the world’s first motorized rotating camera, the fast and safe VOOC Flash Charge technology, the first front-facing Screen Flash, and the first selfie beautify function for smartphones. We are excited to present OPPO’s latest breakthroughs at the world-class MWC and look forward to creating even more amazing user experiences. 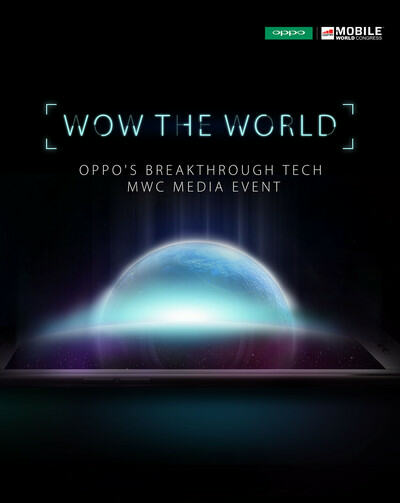 The announcement will seemingly be made at a press event in Barcelona, but details on the event haven’t yet been made public. Chris will be on the ground at Mobile World Congress and we’re reaching out to Oppo for an invitation to their event so we can check out these new innovations.