Home Mobiles Could this be LG Pay? 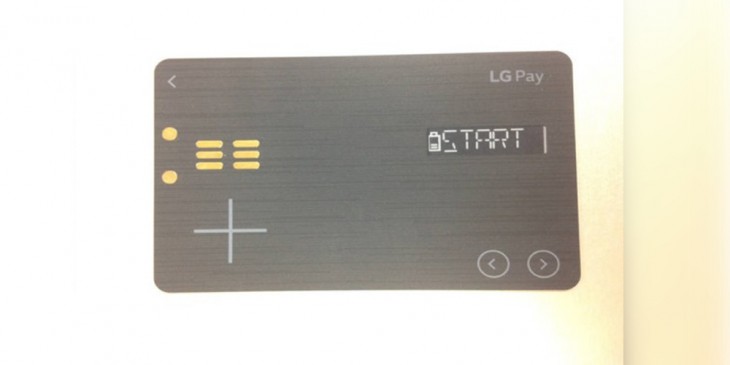 A report from Korean news outlet ETNews suggests that LG’s rumoured payment system — their answer to Android Pay, Samsung Pay and so on — might not be an entirely smartphone based solution. The credit-card sized device, shown above, has been leaked and touted as either a stand-alone product, or a part of a broader LG Pay setup. This is strikingly similar to the Coin concept which gained traction on Kickstarter a while back.

The LG Pay Card is described as allowing users to store multiple credit/debit cards on the single device, with a smartphone app to load/control the process. Unlike Coin, though, this rumoured device has a few improvements; firstly, the two circular gold contacts which are said to be for a custom designed charger, to allow the device to be recharged and used indefinitely. There’s also the six rectangular gold contacts which will allow the LG Pay to emulate EMV chips, for wider acceptance (particularly here in Australia). Like Coin, there’s a small display to show which card is active, and two arrow keys to select the active card.

LG has been speaking about mobile payments more frequently, culminating in an announcement in November last year that it would be launching its own service, but we’ve heard little since. From what we understand, the LG Pay cards are coming, with 50,000 units ordered in advance of launch, with an announcement rumoured to be alongside the LG G5 launch in MWC 2016 in Barcelona.