Home Smart Home and Wearables Around the Home Chromecast Audio is coming to Australia, and here’s why its cool 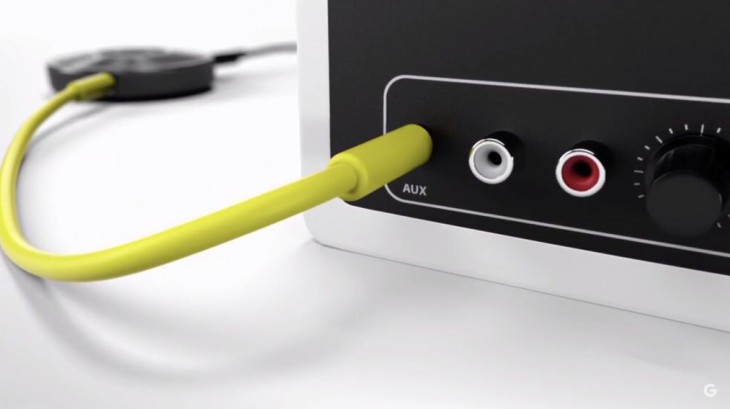 Google’s Chromecast Audio isn’t exactly a new product anymore; it’s been on shelves in the US for a few months, following its announcement last September at Google’s Nexus event in San Francisco. We were fortunate enough to pick up a ChromeCast Audio while we were in the states, and it’s been in regular use since in the Ausdroid office.

This isn’t exactly a review, but it is a rundown of what we’ve found.

First and foremost, it works largely like any other Chromecast dongle: you plug it in and power it up, and you can cast your audio to it from compatible apps and devices. The difference, though, is that the Chromecast Audio doesn’t have an HDMI output; it has a 3.5mm stereo output jack, which also does optical, which you use to plug your Chromecast Audio (which we’re calling it now) into a speaker or other audio system.

In many respects, the Chromecast Audio is a rather simple device; it doesn’t do video, it doesn’t do games, it doesn’t do anything beyond untethering your audio, and that’s huge. Instead of having to splash out hundreds of dollars on a fancy speaker system, if you already have a great home audio setup, you can add a device to it for $59 that will allow you to stream audio wirelessly.

Think about that; instead of buying a stand-alone speaker for a few hundred dollars, you can enjoy your existing surround sound setup (or whatever you’ve got) to cast music from Spotify, Google Play Music, Digitally Imported Radio, and countless other Cast-enabled audio apps to your existing setup.

This is precisely what we’ve been doing here. The Chromecast Audio dongle hangs off the back of the Bose Soundtouch 10 speaker we’ve got in the office, and through that, we can cast all manner of audio direct to the speaker. Setup is a breeze — plug the dongle in, load up the Chromecast app on your phone, tablet or computer, and within a few seconds, you’ve got it set up and ready to go. It really is that simple, and anyone who’s used a Chromecast device before knows how true that is. Audio doesn’t have to live on your phone’s crummy built in speakers or wired headset anymore; instead, your audio can live wirelessly around your house, and if you’ve got more than one Chromecast Audio dongle, you can simultaneously cast the same music to different units to enjoy it around your house. Alternatively, if you’ve got two dongles, you can cast two different audio streams, so you can enjoy your working music in the office while the kids listen to their music upstairs for example.

Probably the only annoyance with the Chromecast Audio dongle is that because it doesn’t use HDMI, it doesn’t offer HDMI-CEC (also known as Consumer Electronics Control). While it’s a confusing acronym, this is the feature of normal Chromecast dongles that allows them to turn on the TV for you and change them to the right input, so you can truly work wirelessly (and without touching your telly).

Chromecast Audio can’t do that — you need to power on your audio system, change it to the right input manually, and then you can cast your audio.

It’s not exactly a flaw in the product; there’s no way that Chromecast Audio could reliably do this, with so many different consumer audio products out there. Equally, there’s no way that I know of for signal over a 3.5mm audio jack to actually switch on and enable a stereo anyway.

So what we have is a product that’s designed to basically retrofit existing technology with a new feature, namely wireless audio casting, and it does that extremely well. I have a sneaking suspicion that the Chromecast Audio will be a popular product in Australia. Lots of people have existing audio setups, and almost all of them can take audio from a 3.5mm audio jack, and the more advanced ones can take optical in as well. This makes streaming, wireless audio available to just about everyone, instead of just those who can afford $300+ speaker setups that aren’t as advanced or powerful as existing home audio systems.

Just off the top of my head, I can imagine a Chromecast Audio being put to good use by my parents, my inlaws, my brother and others. You can probably do the same.

Though the $59 price could perhaps be considered a bit steep, when compared to the $49 charged for the first generation Chromecast dongles, one must also consider the falling value of the Australian dollar against the US dollar, and while that doesn’t explain all of it, it certainly explains quite a bit of it.

All in all, for what it offers, the Chromecast Audio is a bargain at $59, and I’ll be buying a couple at that price without a second thought.

On a side note, enabling HDMI-CEC on your original chromecast lets you play and pause videos with your TV remote 😉

How is the audio cast from your device the the unit? Do you need both to be connected to a wifi network like the original Chromecast?

I wish there was an option for one with a built in access point for direct wifi so I could use in it in my car. The car’s bluetooth is horrible.

So like the bluetooth audio receiver I bought off aliexpress for USD$2.30?

I ended up buying a 1st generation Apple TV on eBay to use in my shed for exactly this purpose, as it had RCA outputs so I could plug it into my old stereo, and that cost a lot more than $59! This is a bargain, but too late for me to need one.

The price is a bit steep but it’s a bargain.
Excellent article but terrible.

You must be one of those special humans that can’t read or comprehend English. While the $59 price could be considered a bit steep, compared to the $49 price of the previous model, it is explicable, and it offers a lot for the price, thus is a bargain.

Is it just me, or are commenters on Ausdroid articles getting progressively dumber?

Is it just me, or are the article authors getting dumber? The price is too high, and there’s no real justification for it (as there never is when Google overprice their offerings outside the US). If you were actually looking at this seriously, you would, and should, be commenting on that, along with the late launch in this country. The price of chromecast should have been decreasing in light of the competitors and their pricing. Either that or this should have been a 4K offering. This is NOT a bargain. Sticking your fingers in your ears, deleting perfectly reasonable comments,… Read more »

First things first, I didn’t delete anyone’s comment. They deleted it themselves, probably because they realised their comment was stupid. The late launch of the product is unfortunate, but the price difference ($35 USD VS $59 AUD) is easily explicable by the differing value of the currency ($35 USD is $51 AUD on a straight conversion), the inclusion of GST (which takes it to $56.10), and a few dollars for supply chain costs which cover things like warranty that complies with ACL, shipping, returns and the like. We’ve spent extensive time and effort talking about the Myth of Australia Tax… Read more »

I’m inclined to agree with you about everything you have said here, but as an official representative of Ausdroid, is it really professional of you to refer to people as “one of those special humans that can’t read or comprehend written language” or to say that “commenters on Ausdroid articles getting progressively dumber”?

Could you not buy a 1st gen chromecast and do exactly the same thing? Use the hdmi ouput instead of the 3.5mm stereojack/optical SPDIF if that works in your sound system. You’ll save money and have the option of video later 🙂

If your sound system supports HDMI for audio input, then yeah, you definitely can, and the added advantage is (likely) HDMI-CEC compatibility as well. However, not all sound systems have that 😉

i don’t think you can do the Multiroom Audio Sync with the Video chromecast yet. i was reading a discussion about and it could be due to all the different ways HDMI signal are processed on the target device it’s like if you have two brand tvs on and one is processed the TV signal before the other there not really insync they will need a way to control the delays

If your audio set up has an HDMI input I guess …. this is for use on more traditional stereos which rarely have HDMI

the CC audio has a much higher quality bit rate for music apps.

I connect my chromecast to my projector, now can i cast audio to a speaker to get the sound from speakers?

That’s bad 🙁
I had same problem. Want to connect the chrome Cast to my computer monitor. But waiting for a work around where i can cast the audio . Atleast buletooth option would be great.