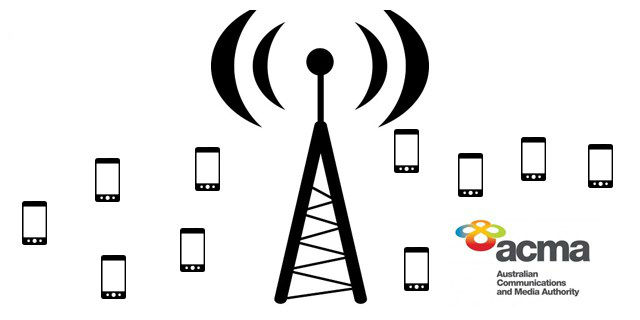 The Australian Communications and Media Authority (ACMA) announced on Friday that their 2-month long auction of additional 1800MHz spectrum had concluded, with Optus, Telstra, Vodafone and TPG all gaining additional licenses.

The auction for previously unallocated 1800MHz spectrum in regional areas, raised over half a billion dollars from the four companies. Licenses for the spectrum come into effect at the end of May 2017, and lasting 17 June 2028.

Telstra, Vodafone, Optus and TPG all won licenses for spectrum, and the ACMA has provided a breakdown of how much each spent :

The licenses are in areas across Australia including Albury, Cairns/Townsville, Grafton, Maryborough, Dubbo, Mackay and Darwin as well as surrounding areas. Chris Chapman, ACMA Chairman said of the auction results:
‘The 1800 MHz band spectrum auction process ran very efficiently and the simultaneous multi-round ascending (SMRA) auction format proved highly effective in testing the market value of the spectrum and allocating it to those parties that valued it most,’

‘There was very strong competition among all bidders, with the auction running over 29 working days between November 2015 and February 2016. Strong bidding resulted in the majority of lots on offer being sold for an amount that exceeded our expectations.

‘Due to the high level of international harmonisation of this band for mobile broadband services, industry—and ultimately citizens and consumers—will benefit from the flow-on economic and social effects of this allocation process,’ Mr Chapman said.

The list of who won each spectrum lot gives some small insight into which bands each carrier was after, with Optus notably purchasing 1800MHz spectrum in Canberra where the carrier has previously relied mainly on the 2300MHz spectrum for 4G services. Optus was not willing to comment on their plans for any of the spectrum licenses they purchased at this time, but did advise they would announce plans in due course.

Allen Lew, Chief Executive Officer at Optus did comment on the purchase saying:
When combined with our existing assets, this additional spectrum allows Optus to support Australia’s growing demand for data services in regional Australia.

Telstra too plans to expand their existing services, with Group Managing Director for Networks Mike Wright saying on the Telstra Exchange Blog that ‘This acquisition, along with our existing 1800 MHz holding, will allow us to offer the best mobile experience on Australia’s biggest mobile network, right across the country’.

The auction is now completed and we’ll begin seeing more services come on line in new areas, we’ll be seeing more about which areas the carriers intend to roll out additional services as they’re announced.

Interesting you made no comment on TPG’s purchase of spectrum. I thought they just resold other carriers. Is this their first foray into building their own wireless network? Will it be used for mobile phone or internet?