The ANZ Mobile Pay app is now available from Google Play for devices running Android 4.4 or above with the ANZ solution using Host Card Emulation (HCE) to enable transactions. Unlike the National Australia Bank who launched their Tap & Pay solution last month, the ANZ solution allows for both ANZ Visa Credit as well as Debit cards, and American Express cards.

The app requires registration, but once it’s set up you can pay in one of three ways, each adding additional steps and security into the payment process:

While Tap & Pay can be configured without a pass code, as with Tap & Pay Credit Card transactions, you will need to enter a pin for purchases over $100.

ANZ Managing Director Products and Marketing Matt Boss noted the proliferation of contactless payment terminals in the world and that Android is a major player in the local smartphone market. Mr Boss also noted that the ANZ Mobile Pay solution will be a popular addition for their customers.

Mr Boss went on to say

This new app is another demonstration of ANZ’s commitment to providing customers with innovative solutions to make their lives easier. ANZ Mobile Pay delivers a payments solution for our customers to help them take full advantage of the rapidly changing digital environment we live in, including the ability to withdraw cash from contactless-enabled ANZ ATMs with a tap of their phone. Customers using ANZ Mobile Pay will be able to add their existing credit or debit card, and then simply tap their mobile phone for purchases at contactless retail locations anywhere in the world with the security we provide for all online and digital transactions

ANZ also announced last month that they would be supporting the Android Pay launch later this year, though how this new mobile payments solution will fit in with Android Pay isn’t clear.

The ANZ Mobile Pay app is available to download now from Google Play with support for a surprisingly broad selection of devices including the Nexus 5X and 6P. If you’re an ANZ customer, you can head over and download it now. 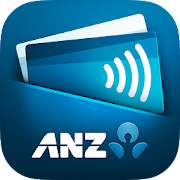 Love it. Couldn’t add a card at the beginning, but worked fine after reinstalling the app on my OnePlus One.

Finallly a decent app on Android from a bank that will deliver google pay service soon as well. This is what I’ve been waiting on YEARS for. I’m going to open an account with them.

Used the ANZ mobile pay a couple of times today and it worked well. Not sure if I like it as much as the NAB pay but I’ll persevere for now until NAB add credit cards or ANZ get the official “Android Pay” function.

YESSSS. I’ve been waiting for this functionality since my Nexus 4!

Doesn’t android do the “host card emulation” thing natively? why do we need yet another app?

HCE is simply the mechanism you use to access the NFC chip, you need your bank involved in the tokenisation of the card for the transaction.

xposed, or more specifically the things you do to get xposed, will also exempt you from this app
rootcloak and turning off usb debugging weren’t enough

FYI: This app will not work on a rooted phone. Bummer…

Nexus 4 rooted, installed And added card. Looks like you need to untick USB debugging. I haven’t tried actual payment though

This app won’t run if you have USB debugging turned on. It’s none of ANZ’s business if I do. They can give me a warning about possible security risks but not running at all is going too far. Similarly, the ANZ goMoney app won’t run because I have a password manager that does automatic form-filling installed. I want to continue using KeepShare (which is great) because a password manager makes me more secure, not less. So I can’t use any ANZ app because they think they’re in charge of the security on my phone. As I said, friendly warnings are… Read more »

So glad I went for the ANZ cc. I’ll set it up and give it a whirl tomorrow. Bonus that it works on the 6P too.