As the first western market they’ve entered, we’ve got a special place in our hearts for Oppo, and they’re returning the love today releasing an emoji keyboard that will help you convey those words you’ve been wanting to say in picture form.

The OPPO Aussie Emojis app is now available on Google Play as a free download which lets you select from over 40 Australian specific emoji. These aren’t sanctioned unicode emoji, rather they’re more along the lines of a sticker you can stick into an app.

The OPPO Aussie Emojis app can be opened as a standalone app you can share to another app or it sits over your Android apps like a Chat Head and you can insert emoji from the app that way. It’s a fairly easy to use setup.

Speaking about the release, Michael Tran, CMO at OPPO Mobile Australia said
‘Emojis are part of our modern culture, with our research showing that three out five Aussies believe emoji has now become the universal language for messaging’. The app includes a variety of emoji for places such as the Sydney Harbour Bridge and Uluru, as well as food related emoji like a Golden Gaytime, a jar of Vegemite (note the lack of branding – we don’t want no trouble Kraft!), a meat pie and a prawn and Oppo has also made an effort to take into account ‘Aussie’ sayings like ‘Stone the Flamin’ Crows’ and ‘Shrimp on the Barbie’ — Paul Hogan you have a lot to answer for sir.

But all those missing emoji are just fuel for the next release with Mr Tran adding
‘We’re excited to be releasing these emojis to be shared across the nation. We know Aussies will love them, and we’re already developing new emojis to be included in the next update.’

The app is free to download from Google Play right now, so on ya bike mate, go grab it and send someone in your life a ‘struth’ flag in your next conversation.

Which ‘Aussie’ emoji would you like to see released next? 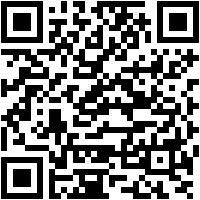 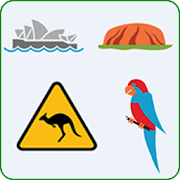