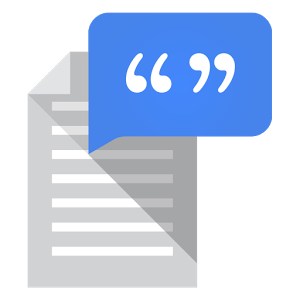 Google’s Text to Speech service isn’t something that makes news headlines much; it’s just kind of there as part of Android and it works. However, today, an exception is made — Google’s Text to Speech has received an update which adds a much requested feature: user selectable gender and voice variations for each language.

No longer are we stuck with a pre-determined male or female voice for particular languages. Now, we can choose between a female voice, a male voice, or a number of variations on each (depending on language). The screen to access these settings is a bit hard to find, but it is there. On Nexus (and fairly unmodified Android) devices, you can find it at Settings -> Language & input -> Text-to-speech output -> (tap the gear icon next to Google’s TTS engine) -> Install voice data -> and continue on with the language and voice pack you want to use.

It’s an interesting update, because it adds new features to a service that most apps seem to actually ignore. Google’s Play Books and Maps don’t seem to honour these settings, but others such as Pocket do.

The update will come out via the Play Store and install in your next round of app updates, but if you use TTS quite a bit and can’t wait to get your hands on it, APK Mirror has you covered.

Google’s Text to Speech service isn’t something that makes news headlines much; it’s just kind of there as part of Android and it works.

Up until recently, my Nexus 5 would randomly switch between British and American accents during the same trip using Google Navigation. Yesterday I had the pleasure of having one trip switch between 3 accents due to the new Australian accent (which is my default language setting). Does the choice of gender mean I can enjoy random changes of gender as well as accent? Seems like fixing the consistency bugs might be a better priority than adding new voices.