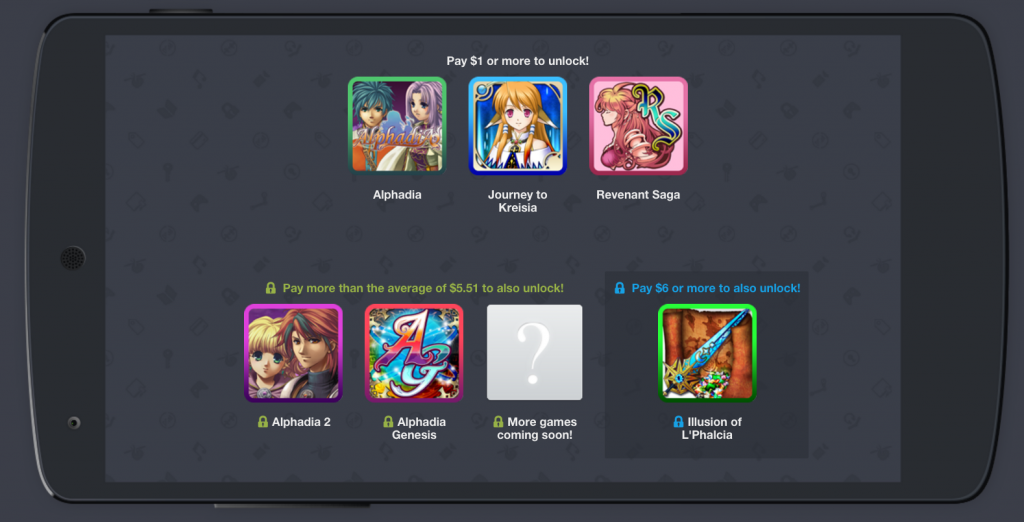 The Humble Bundle team has launched a new Mobile bundle just weeks after their Bandai Namco bundle ended. The new bundle features games from Japanese developer Kemco with a number of RPG games available for a deccent price.

The bundle includes three games: Alphadia, Journey to Kreisia, and Revenant Saga, available for anyone willing to pay just USD$1 or more, though if you’re willing to pay more than the average price of US$5.51 you will also get Alphadia 2 and Alphadia Genesis. Once you’re paying that price though, you may as well pay US$6 and grab Illusion of L’Phalcia.

New games will also be added to the bundle, with stretch goals at $50K and $80K meaning those paying second tier and above getting access to the new games as they’re added.

As usual you can pay with BitCoin, Credit Card, Amazon Wallet and PayPal, and part of your payment will go to charity with the Humble Bundle team supporting World Food Program USA and the American Red Cross American Red Cross.