Home Smart Home and Wearables Around the Home Google Chromecast 2 and Chromecast Audio available in Australia and New Zealand;... Just over four months after announcing them, Google has today announced that the next-gen Chromecast and the Chromecast Audio are now available in Australia and New Zealand.

Both the next-gen Chromecast and Chromecast Audio will be priced at $59AUD each in Australia and $69NZD in New Zealand. The devices are a little more than the original Chromecast, but with the changes in currency over the last few years they’re still pretty competitive.

The next-gen Chromecast will be available from a range of retailers in Australia including JB Hi-Fi, Harvey Norman, The Good Guys and Bing Lee as well as online through the Google Store. The next-gen Chromecast will only be available in Black at retail, while Google will be selling the Lemonade (Yellow) and Coral (Red) from the Google Store. Available in Black only, the Chromecast Audio will be slightly more limited in availability with JB Hi-Fi and Harvey Norman the exclusive retailers in Australia, but you will also be able to get one from the Google Store.

The next-gen Chromecast and Chromecast Audio brings a number of improvements to the table for keen streamers, including support for dual-band (2.4GHz and 5GHz) Wi-Fi as well as support for 802.11 AC. Google has also included a 3 antenna setup in the devices which use an algorithm to pick the best antenna to use at any time.

The Chromecast Audio has a similar round design to the new Chromecast, though with a textured top panel reminiscent of a vinyl record on top and without the HDMI extender built-in. 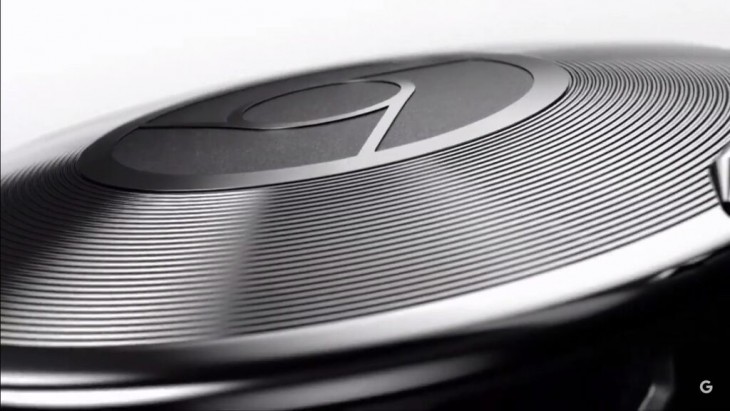 To use the Chromecast you simply plug in the provided Lemonade (Yellow) coloured 3.5mm cable to a speaker, and go through the setup to set it up for the first time. Once setup you can cast music, or audio to it from compatible apps such as Pocket Casts, Spotify, Pandora or Google Play Music. The Chromecast Audio comes with a 3.5mm – 3.5mm cable, but you can purchase Optical or RCA to 3.5mm cables which allow for more options for audiophiles to connect the device to your equipment.

Chromecast Audio has a wide range of support for both standard and high-def audio formats including HE-AAC, LC-AAC, MP3, Vorbis, WAV (LPCM) and FLAC.

The Chromecast Audio uses Wi-Fi over Bluetooth for streaming, which offers a few advantages including better power consumption as the music is streaming directly to your Chromecast Audio without your phone doing the work. Having the music streaming without your phone in the mix, also means you can walk away or leave your house without stopping the stream, it also means you don’t get notification sounds from your phone playing over and interrupting your music or podcast.

There’s a lot of advantages to the Chromecast Audio, which Chris outlined last week when discussing the impending launch.

In terms of software, Google has made several improvements to their software of late, including streamlining the Chromecast app, which now suggests content that’s available to be ‘cast’ based on apps installed on your phone. This includes suggesting new shows on Netflix, Presto, Stan or new videos you may be interested in on YouTube.

The devices tab shows you all the information about your connected Chromecast devices, including information about what’s showing on your devices backdrop. The devices tab also allows you to manage your hardware, including setup and with the new Chromecast Audio adding the ability to these devices on your network for multi-room audio, a function that will come to Google Cast enabled speakers such as LG’s Music Flow later this year.

Google is also suggesting a number of apps through their ‘Get Apps’ section, which includes a range of casual games that have hit Google Play which takes advantage of Chromecast. Games like Angry Birds and new game Just Dance Now which offers multi-player, cross platform gaming using your phone as a controller.

The Chromecast apps available are featured on Google’s Chromecast app page, with updates being made continually as new titles are added to Google Play.

Google will be partnering with providers in Australia such as Stan and Presto to provide special offers down the track, but at launch Google will continue offering 90 days of Google Play Music streaming to new customers in Australia and New Zealand.

The New Chromecast and Chromecast Audio will be on-sale from today from most of your favourite retailers and failing that you can always grab one from the Google Store when it comes on line shortly. 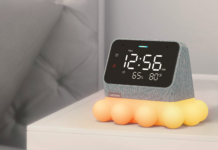 Lenovo continue to build your smart home at CES 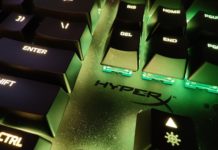 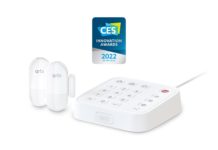 I got two Chromecast Audio’s today from JB. Looking forward to hooking them up tonight.

Finally! WiFi connected speakers for a fraction of the price of purpose built ones, you can’t beat that!

Picked up my Chromecast. Shame there was only black available. Would have loved to pick up the yellow.

Also it seems a lot better than the older one. Faster to load up videos, didn’t have the frame buffer stutter either. Good purchase.

Coloured ones are only available from the Google Store. Only black from anywhere else.

I don’t think my Refresh button is working =(