Home Mobiles Panasonic has a new tough Android phone for you to torture…if you... 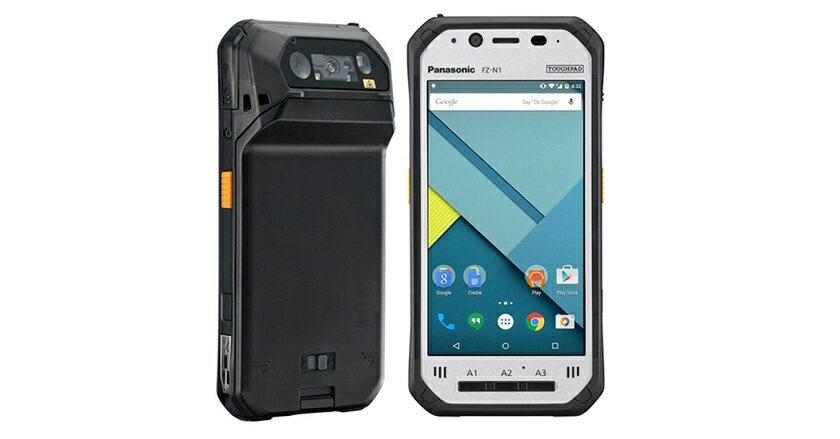 If there’s one name that’s synonymous with toughend electronic equipment it’s Panasonic’s range of ‘Tough’ equipment, from their Toughbook laptops through to their Toughpad tablets they’ve been releasing recently. At Mobile World Congress, Panasonic has unveiled their new toughened Toughpad, the Android running FZ-N1.

The Toughpad FZ-N1 is a small device for a ‘tablet’ with a screen just 4.7″ in size, the screen packs in a 720P resolution, but a tablet it is according to Panasonic – though they have apparently got a phone version coming. The FZ-N1 is aimed at the and is aimed at the business rather than consumer market. Panasonic has listed postal and courier workers, warehouse, retail, manufacturing, field services and the emergency services as ideal targets for the FZ-N1.

The rugged factor of the Toughpad series is nothing to sneeze at either, with the ability to survive a drop up to 6-feet and it’s IP65/67 compliant, so you can get almost a metre under water for up to 30 minutes – perfect for use outside basically. As you’d expect, the Toughpad looks ruggedised, but with Panasonic, that doesn’t actually take anything away from the tablet with a very industrial look to the device. Now, if you’re definitely wanting the Toughpad FZ-N1, you’ll have to reach deep into your pockets with Panasonic pricing the Wi-Fi model at US$1,499 – that’s over $2,000AUD. The phone version is yet to be finalised, as are release dates for the tablet/phone. We’ll see more on these if Panasonic Australia decides to release it here later in the year.

Finally, a proper ruggedised and tough solution. Waiting for the phone version.

4.7 inches is hardly a tablet or even a phone these days.

I know a few people for whom this would be more suited than their current phone.