Twitter has announced the mobile app for their Fabric mobile development toolkit is now available in both Google Play and the App Store for iOS.

While Fabric has been available since 2014, the app has only been in development for five months at Twitter, but it’s now ready for developers to download and use while on the go.

The Fabric mobile development toolkit means developers are no longer tied or required to use desktops or laptops to check on the health of their apps. Developers can also find out the number of monthly active users or the average length of users’ sessions, they also have the ability to discover crashes affecting certain users. The app will even send push notifications when something critical is affecting their app.

The main thing here is that Twitter is making its developer tools more useful in more situations especially when developers may not be in their office and are out on the go. The Fabric app isn’t designed to replace desktop tools though, but it is a great supplemental tool. 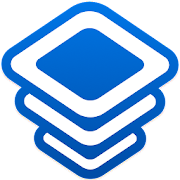