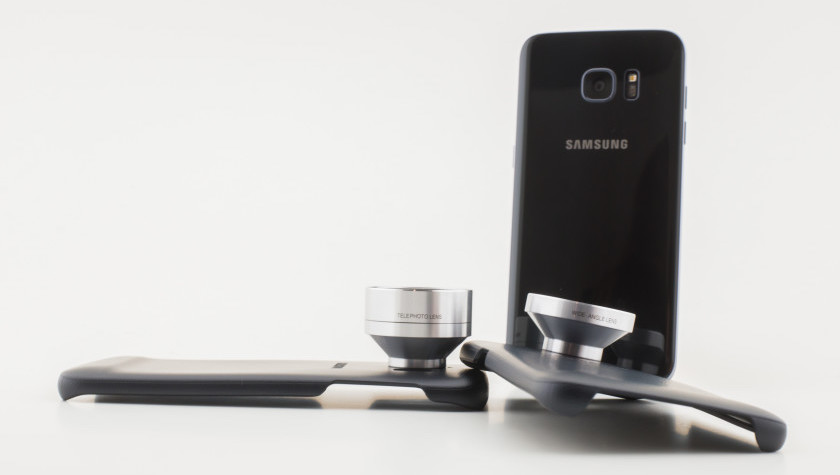 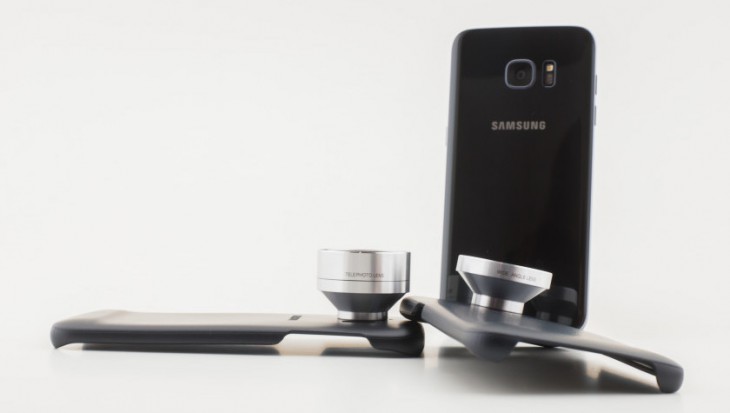 Samsung held a press briefing in Sydney today ahead of the retail release of its Galaxy S7 and Galaxy S7 Edge lines in Australia next week. Although we’ve already been hands-on with the Galaxy S7 last week in Barcelona (which you can read about here), and although we’ve already had a fairly good look at the accessories to be available alongside the release, there is one that hasn’t caught too much attention.

Pictured above are a set of clip-on (well, screw-on actually) lenses for the Galaxy S7 / S7 Edge which take the already-impressive camera capabilities of the S7 range, and add to them an optical telephoto capability, as well as a fish-eye (wide-angle) lens. They didn’t quite capture the attention of the room in the same way as the Gear 360 and Gear VR experiences did, but to me, they were instantly appealing.

They don’t clip on magnetically (as some other lenses on the market do), nor are they actually held on with a clip. Instead, you fit a slimline case to the phone (which comes with the lenses) which provides a screw mount for the lenses to go into. Better yet, the case itself actually looks great on the phone without the lenses so it serves two purposes.

With the lenses attached, we have to admit, the phone looks a little bit weird, but the added capability added to the phone is well worth it, especially if it means you can avoid carrying around a great big camera.

Most serious photographers probably would prefer to take a DSLR for capturing moments at the highest quality, but for the rest of us, most of our moments these days are captured on mobile, and if we can extend that capability (there’s that word again) with some relatively easy to carry accessories, why not?

I’d love to say I have some sample photos for you, but I don’t — not yet. You see, while the lenses (and other gear) were available to play with, the spoils of those lenses (the captured images) weren’t able to be taken with us. At the end of the day, you can well imagine what a telephoto and wide-angle lens do to a photo, and with the excellent camera quality we’re seeing on the S7, it’s not hard to imagine how these lenses will enhance the experience.

We’ll be bringing you a full review of the S7 range (both the S7 and S7 Edge) ahead of the retail release, so if you’re undecided just yet, keep an eye on Ausdroid and we’ll have our thoughts with you soon.

Do we have prices Chris?

I have to say this is a better option than LG’s battery grip. Do you know what the focal length and minimum apertures of Samsung’s lenses are?

Don’t know tech details of the lenses yet, but quick experimentation suggests they’re rather decent. Will get these specs asap.

Actually, being a semi-serious photographer, the best camera is the one you have with you. So these could be damn handy.