The review unit I had was the latest iteration of HPs regularly refreshed Chromebook 11 lineup, the Chromebook 11 (2201TU), this is the 3rd device from HP to carry that name. It has an 11.6” HD (1366 x 768) LCD display, Intel Celeron Processor, 4GB of RAM and 16GB of internal SSD storage. This is not the machine you’re going to use to re-encode your 4K videos, and it was never meant to be. Many people call Chrome OS a glorified browser, but in my usage of the device I found it can be so much more.

Is Chrome OS something you should invest in? Is the HP Chromebook 11 2201TU a device that allows you to experience everything Chrome OS has to offer? Read on to find out. 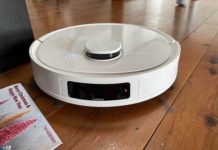 The Razer Orochi V2 is compact, with big battery life and performance

To this day, I still use my OG HP Chromebook 11 (the one that Google helped design) with the USB charging. It’s relegated my PC to the times when I need to do some coding, play games or use Lightroom (can’t wait for Adobe to make the web version as powerful as the desktop one). One thing you didn’t mention, and I think it’s the greatest strength of ChromeOS, is the security. I gave my mum a Chromebook years ago and it runs as good today as the day I gave it to her. A Windows laptop would be crawling… Read more »

Hey Max,
yeah I could have paid more attention to its security and power wash benefits. In the end I had to stop writing, I can get a bit TL:DR at times.
I’ve been seriously thinking about switching my mum to a chromebook, however, she uses exchange email and that experience wasn’t fantastic.
Might wait and see if androidify expands to self hosted exchange servers.

According to HP harvey Norman and office works both stock the device.

But where can I buy one? Google’s own Chromebook site links to dse (heh) and jb hi-fi who don’t sell Chromebooks anymore.