Home Mobiles Say Hello to the HTC 10 in white

HTC’s upcoming new high-end phone which we learned yesterday could be known as the HTC 10, dropping the One branding they’ve used for the past three models. The phone leaked yesterday quite comprehensively thanks to a dual-effort from leakers @onleaks and @Evleaks. Evan has continued on with the leaks overnight showing the HTC 10 in white over at Venture Beat. 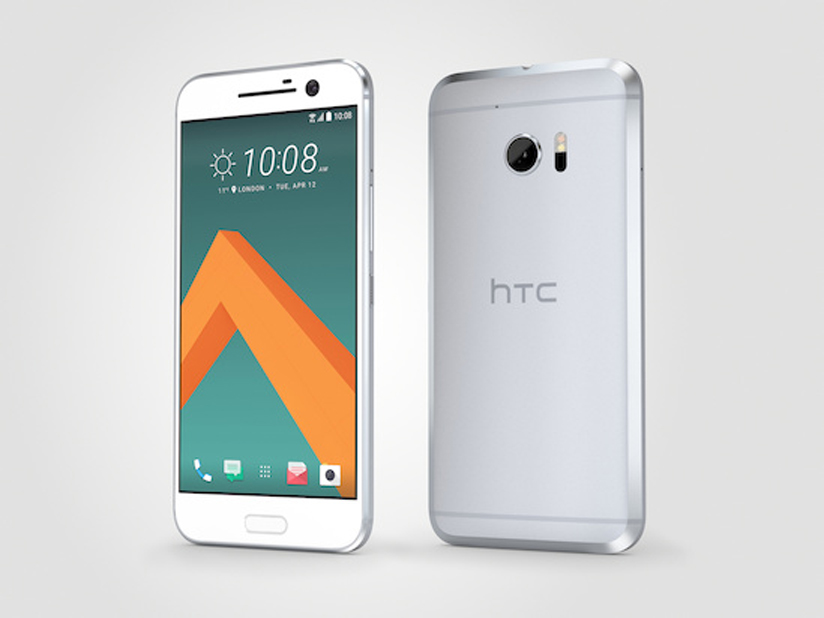 Whether the phone looks better in White, Black or whichever other colour HTC chooses (Their previous red and blue models look brilliant) is of course a personal preference, but the general shape looks pretty good.

Spec wise the rumours point to a 5.15″ QuadHD (2560×1440) resolution display, Snapdragon 820 with 4GB of RAM and a 12MP camera. The camera is rumoured to be an updated Ultra-Pixel sensor that will including Optical Image Stabilisation, but of course all of this is rumour until HTC unveils the phone officially.

We’ll see more of the phone over the coming weeks with a mid-April announcement rumoured for the HTC 10 followed by a May release. Stay tuned for more.

This or the LG 5…loving the options…

Has anyone using HTC One m9 received Android marshmallow update??

Ours certainly hasn’t. Still on Android 5.1.

I miss my M7 , ahhhh the glory days

I agree on the too small count … would they do a double release with a phablet option too??

Been rocking the Moto style X. I want this phone but going to be hard going back to a smaller screen. Other bummer is the lack of front facing speakers

Too small for me. I’m not buying anything smaller that 5.7″, bigger really is better 🙂