Home Mobiles Carriers Vaya announces better plans across their range including a plan with 7GB... Low-cost MVNO carrier Vaya has today announced some updates across their range, offering either more data, a price decrease or both on almost all their existing Power and Unlimited Plans.

Both plans are similar, but with one major difference for those customers who want to talk on the phone. Unlimited plans offerunlimited Talk time, while the Power Plans offer dollar amount caps, with calls charged at 99c per minute with a 35c flag fall.

Data is included with each plan with the $34 per month Unlimited XL including 7GB of data, unlimited talk and TXT for just $34 for the first 6 months. Additional data packs can be added to each SIM-only plan for just $10 per GB.

As an introductory offer for the new range of plans, Vaya is offering a $2 per month discount on both Unlimited and Power plans for the first 6 months for new subscribers – but existing customers can sign up to one of these new plans – and get the $2 per month discount – on their next renewal.

Aimed at the budget conscious, a Vaya spokesperson said

We’re thrilled to be able to offer Vaya customers even better value by packing more into our BYO mobile plans, and we’re focused on ensuring all of our plans represent the best value for money possible.

Just like their parent company Amaysim, who purchased the company back in January, Vaya is powered by the Optus 4G Plus network, so the included data and unlimited talk and TXT are pretty well priced.

The increase in smartphone use has seen some great pricing start to come to light recently, with Amaysim unveiling a 9GB plan for under $50 just last week.

To check out the new range of Vaya Plans, head over to the Vaya website to check them out in full. 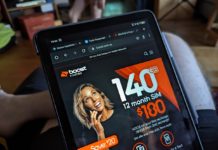