Welcome to another weekly deal, with Google dropping the price on another app and game, with this week ES File Explorer and Reel Steel reduced to just 20c each. ES File Explorer/Manager PRO is a fantastic app allowing you access to the file system on your Android device.

ES File Explorer is a fully featured file explorer, offering the usual access to your phones internal and microSD card storage. There’s also options to compress/decompress RAR and ZIP files, as well as view photos, music, and videos through the in-app viewers – and all that’s just the basic version of ES File Explorer.

Enter ES File Explorer/Manager PRO which gives you an ad-free experience as well as connect to file systems on PC, Mac, Linux Server, Phone, Tablet and cloud storage including Dropbox, Box.net, Sugarsync, Google Drive, OneDrive-SkyDrive, Amazon S3, Yandex and many others. You can also transfer file from PC to Mobile, Mobile to Mobile, Mobile to PC.

ES File Explorer also has one major advantage over other file explorers in that it’s able to be installed to Android TV consoles and SmartTVs – it’s probably my go to despite having a few issues in the interface.

At 20c, this is one app you should not leave till later. Grab it now from Google Play. 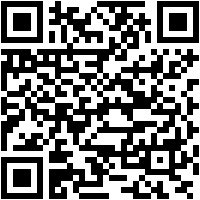 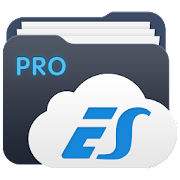 Real Steel
Ok, I`ll lay it out, I liked the Real Steel movie, the combination of a fairly easy to follow sci-fi genre story and Hugh Jackman was a winner for me. The mobile game? Well, not so much, but you may like it and at 20c, it’s hard to miss the opportunity to try it.

Real Steel does pack in quite a bit of action, with 55 robots to choose from, including the robots Atom and Zeus from the movie you can fight your robots in multiple battle arena environments.

If you’re still on-board you’ll of course find some In-App Purchases in the game with upgrades available in the Build Your Own Robot section which can be purchased from between $0.99 – $25.64 per item.

If Real Steel sounds like your type of game, head over to Google Play and grab it now. There’s one clear winner this week, at least for me: ES File Explorer/Manager Pro. Grab it now or regret it later.

ES File Explorer is owned by a shady chinese company. It is hated by both the reddit android community and xda-developers.

Is there a functional alternative that is able to cast files and loved by all?

I love ES explorer. Must have app for any Android user

Will pay 0.20c to be able to update “all apps” again. Currently using manual updates to keep ES on 4.0.2.2 (aka version before they broke it and added promoted apps and adds

Got onto ES File Explorer/Manager Pro. 😀