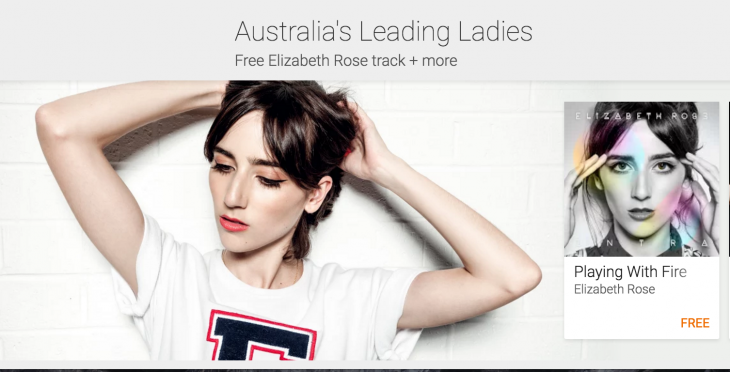 With International Womens Day still fresh in our minds from earlier this week, Google Play Music is focusing on Australian ladies in music by running a focus and to really grab your attention they’re giving you a free track.

The freebie is the single Playing With Fire by Elizabeth Rose from her album ‘Intra’, which is included in the focus on Australian female artists. There’s a bunch of other well known and respected female artists including Sia, The Veronicas, Havana Brown, Tina Arena, Kate Miller-Heidke, Delta Goodrem…the list goes on and on.

There doesn’t seem to be any real drop in price on the albums for sale, with albums starting at $3.99 for the End Of Time EP from Ecca Vandal and ranging up to $16.99 for a bunch of recently released albums.

If you’re in the mood to check out some Australian female recording artists then head over to Google Play Music and check it out.